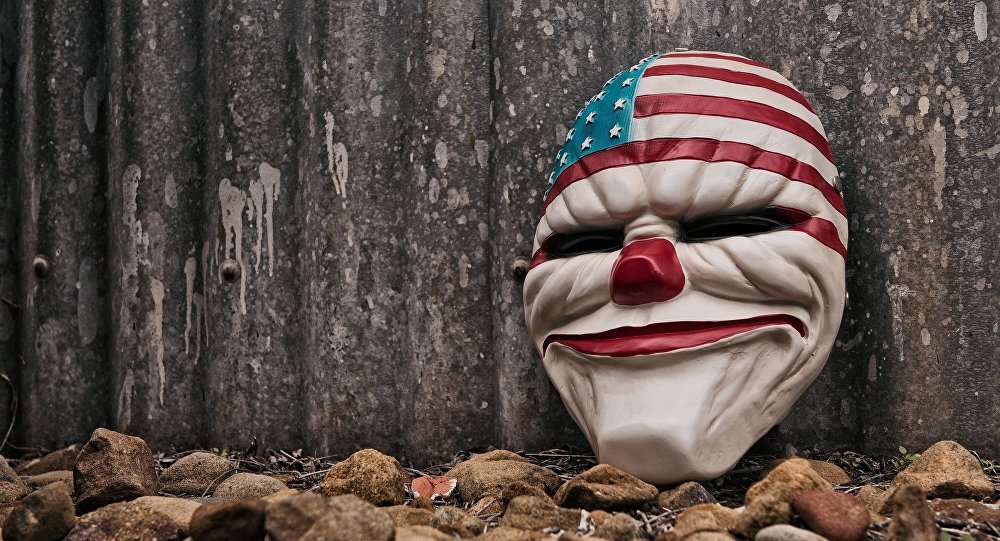 Since the notorious boss of the Sinaloa cartel, Joaquín Guzmán, better known as El Chapo, was convicted in the US, his organisation is said to be facing a threat from the so-called Jalisco New Generation Cartel, who have reportedly attacked members of the public, soldiers, and police officers in the eastern Mexican state of Jalisco.

Members of the Jalisco New Generation Cartel, believed to be challenging the dominance of El Chapo’s Sinaloa Cartel in Mexico, as well as their rumoured allies from the Los Metros gang, have filmed a video of themselves wearing clown masks and waving firearms like AK-47s and pistols as an apparent show of power, The Daily Star reports, citing local media.

According to them, the alleged gangsters shared the intimidating clips online. They are said to have been recorded while the men were riding through what they describe as “their territories” in the north-eastern Mexican state of Tamaulipas.

Although the suspected hitmen hid their faces to remain anonymous, they can still be heard singing along with the radio in what seems like a criminal edition of carpool karaoke.

Apart from this intimidating show, reportedly leaked last month, another video of an alleged masked and armed gangster patrol on foot has now emerged.

The Jalisco New Generation Cartel reportedly pushes a third of all the illicit drugs in the US, while its leader, called El Mencho, is named one of the most-wanted traffickers in the world, with a reported $10million reward for his capture.

His cartel, aligned with the Los Metros gang, is reportedly at war with the Noreste Cartel, while the status quo in the world of Mexican organised crime is being broken down, as Director of the Wilson Centre's Mexico Institute Duncan Wood earlier revealed. According to him, after El Chapo was arrested and sentenced to life in prison, his ex-partner Ismael “El Mayo” Zambada is expected to compete with his two sons for control of the cartel. His organisation is also threatened by the Jalisco New Generation, who are said to have attacked members of the public, soldiers, and police officers in the namesake Mexican state.