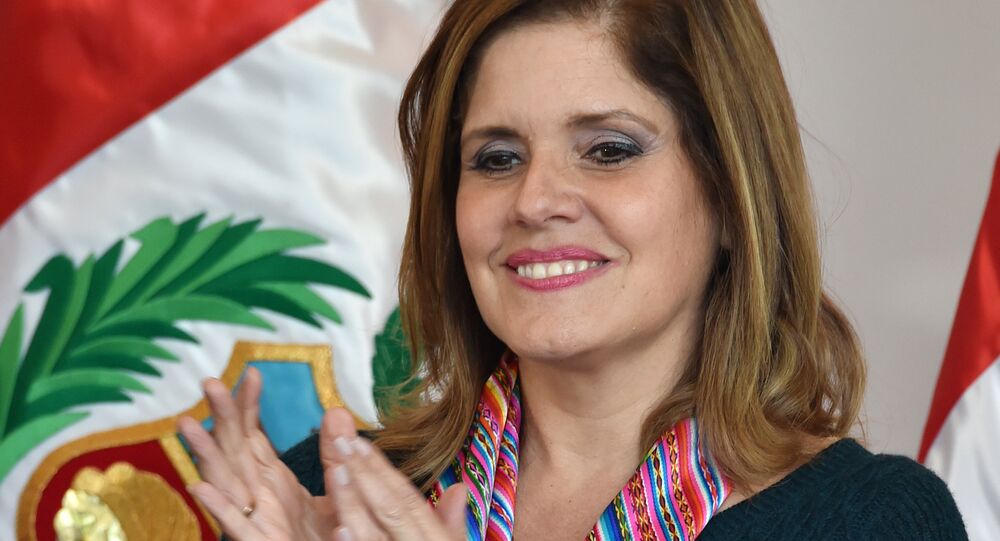 MONTEVIDEO (Sputnik) – Peru’s Congress, dissolved by the country’s President Martin Vizcarra on Monday, has declared him temporarily unfit for governing and has appointed Vice President Mercedes Araoz to replace him.

"I assume presidency, responding to the president Martin Vizcarra failing to comply with three constitutional articles," Araoz said late on Monday, as quoted on the official Twitter account of Peru’s Congress.

Earlier, Peru’s President, Martin Vizcarra, dissolved the country’s opposition-dominated Congress after lawmakers voted to select a new member of the Constitutional Tribunal instead of following the president’s proposed reform.

Vizcarra warned early on Monday that he would dissolve Congress if politicians went ahead with their planned court justices’ appointments. Nonetheless, the lawmakers elected one nominee to the Constitutional Tribunal on Monday. The nominee is reportedly a relative of the president of Congress.

Congress also delayed a planned vote of confidence until Monday afternoon, in favour of electing the court justice, something that was interpreted by Vizcarra as a motion of no-confidence.

Peru’s constitution states that the president can dissolve Congress if lawmakers deliver two votes of no-confidence; one such vote has already been delivered.

Earlier this month, lawmakers failed to pass a constitutional reform seeking to hold presidential elections in 2020, a year earlier than scheduled. The reform was proposed as Vizcarra was seeking to overcome a political stalemate with right-wing lawmakers, who have been opposing his anti-corruption policies.