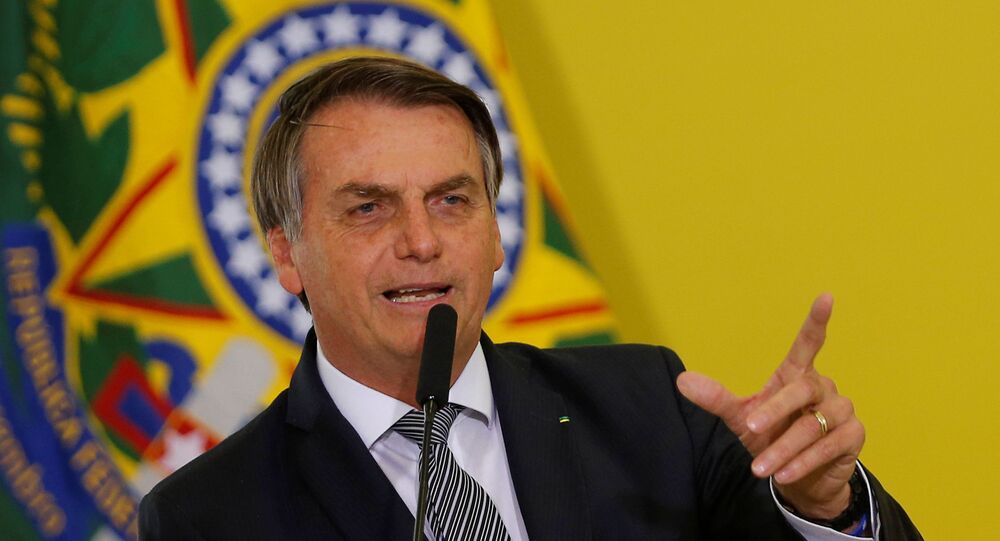 Brazilian President Jair Bolsonaro, who is currently in the hospital following a hernia operation, will remain under medical supervision in the hospital for an additional four days, presidential spokesperson Otavio Rego Barros revealed Thursday.

Bolsonaro was expected to resume his presidential duties in three days time, but it appears he needs an extra day to fully recover.

Citing Barros, Reuters reported that the president's recovery has been "evolving positively," but that his medical team ultimately decided "to keep him out of office as head of the executive for another four days from 13 September 2019, in order to provide a longer period of rest."

The spokesperson also confirmed that Brazilian Vice President Hamilton Mourao will continue to take over Bolsonaro's duties during his extended recovery.

Earlier Thursday, the hospital released a medical bulletin revealing that the president was being fed intravenously, and that he has not been experiencing any pain since the five-hour hernia operation he underwent on Sunday at a Sao Paulo hospital.

Bolsonaro developed a hernia as a result of undergoing three surgeries after he was stabbed during the election campaign in 2018. A hernia occurs when an organ or fatty tissue bulges through the surrounding muscle or connective tissue.

Last September, Bolsonaro was stabbed in the abdomen during a parade in the Brazilian city of Juiz de Fora by a 40-year-old man in the crowd later identified as Adelio Bispo de Oliveira. In June, a Brazilian judge acquitted Bolsonaro's attacker, ruling that he was mentally ill and needed to be confined to a mental facility permanently.