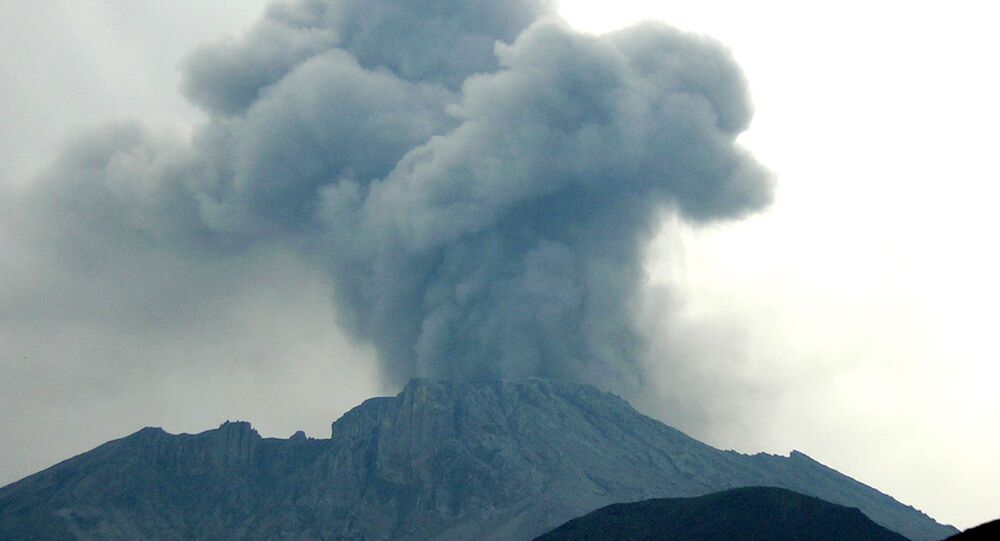 LIMA (Sputnik) – Peruvian scientists are registering from 100 to 120 seismic events per day in the volcano of Ubinas, which is a sign of increasing eruptive activity of the volcano, Hernando Tavera, executive president of Peru's Geophysical Institute (IGP), said.

Last week, IGP warned about intensified eruptive activity of the Ubinas volcano and issued a recommendation for local authorities to raise the alert level over a possible eruption.

“Currently we are registering from 100 to 120 seismic events in Ubinas, while earlier we recorded one [seismic event] per day … At the same time we should take into account that Ubinas is a very active volcano,” Tavera said.

He added that Ubinas was the most active volcano in Peru.

Volcanic activity, including eruptions themselves, often cause earthquakes of various magnitudes, and, therefore, an increasing number of seismic events is usually regarded as a sign of an upcoming eruption.

Peru is located in a seismically active zone known as the Ring of Fire, which is regularly affected by powerful earthquakes and eruptions. The country lies along the border between the South American and Nazca tectonic plates and has 16 active volcanoes.

The previous eruption of Ubinas took place in 2017, according to Tavera.