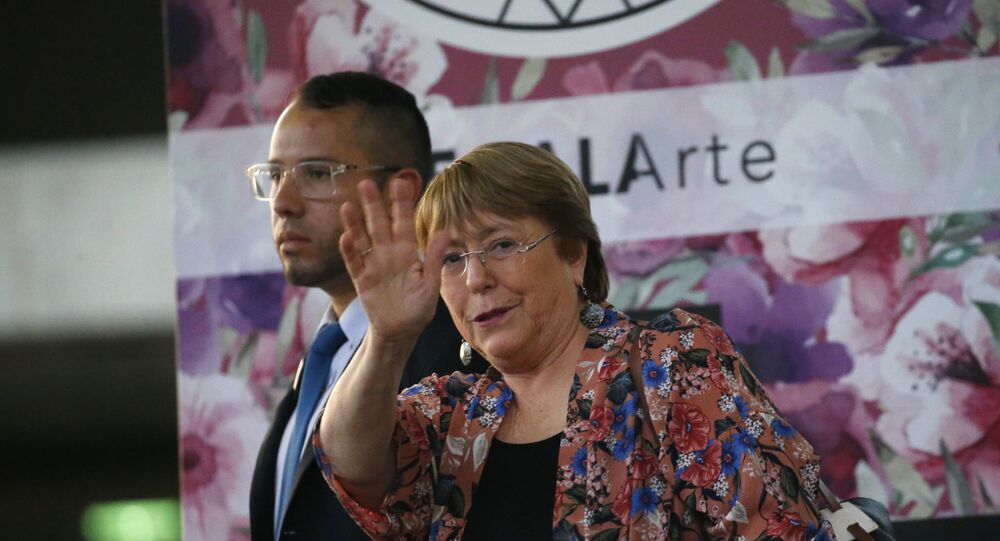 MEXICO CITY (Sputnik) – Venezuelan President Nicolas Maduro said he expected the visit of United Nations High Commissioner for Human Rights, Michelle Bachelet, to Venezuela to contribute to the improvement of the human rights situation in the country.

"We have high expectations for her visit. It will contribute to the human rights system of Venezuela in order to improve it. We need to hear the recommendations to improve Venezuela. You are welcome", Maduro said live on state-run TV on Wednesday.

Bachelet is beginning a three-day visit to the Latin American country on Wednesday. During the visit, Bachelet will meet separately with both Maduro and the country's self-proclaimed interim president Juan Guaido, as well as with representatives of civil society, according to the OHCHR office.

The situation in Venezuela has been tense since January, when anti-government protests, fueled by opposition leader Guaido’s move to proclaim himself the country’s interim president, erupted. Maduro slammed Guaido, claiming that the latter acted on the order of the United States, which sought to install him as the country’s president and gain control of Venezuela’s massive oil assets.

The US and its allies, including a number of EU nations, swiftly recognized Guaido as the leader, while Russia, China, Cuba, Bolivia, Turkey, among others, voiced their support for constitutionally-elected Nicolas Maduro as the country’s legitimate president.

Venezuela has been impoverished by years of US sanctions and falling oil prices. Earlier in June, the United Nations High Commissioner for Refugees (UNHCR) said that some four million Venezuelans had left the country in recent years.

The vast majority of Venezuelan refugees are hosted by Latin American countries, with Columbia accounting for 1.3 million, followed by Peru (768,000) and Chile (288,000), according to the UNHCR.