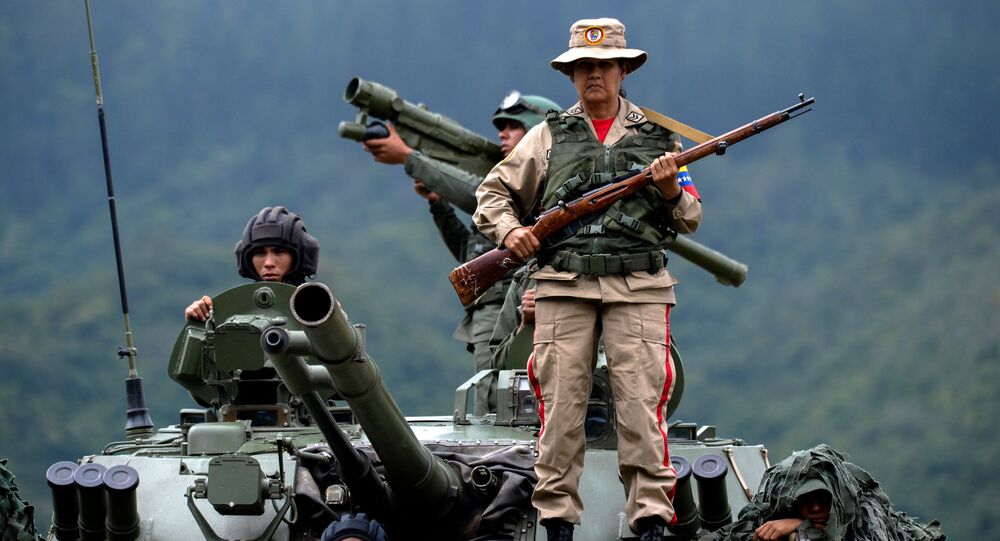 Russian Ambassador to Venezuela Vladimir Zaemsky has dismissed recent statements by US National Security Adviser John Bolton about an alleged new defence contract between Caracas and Moscow as false, noting that the Russian president has confirmed the absence of new contracts with the Latin American state.

"This is just another made-up story that Bolton, apparently, needs to sustain the illusion that Venezuela poses a fake threat for which, 'of course' Russia is responsible. Russian President Vladimir Putin clearly indicated just days ago that we haven't signed any new contracts [with Venezuela] lately", he said.

Bolton previously claimed that Venezuelan President Nicolas Maduro had "mismanaged" his country's finances, allegedly paying $209 million to Russia under a defence contract to "buy" Moscow's "continued support". However, he didn't to present details of the alleged agreement between the two countries or when it was purportedly inked.

The two countries signed the last contract on the supply of military equipment to the Latin American state in 2001, but it was both inked and fulfilled long before Maduro became president and the country was struck by economic and political instability.

Head of the Russian state corporation Rostec Sergei Chemezov shared at the SPIEF 2019 that despite interest in Russian military equipment, Caracas can't afford to buy it right now due to economic problems and US sanctions.

At the same time, Russia continues to carry out maintenance on the delivered equipment. The appearance of a Russian maintenance crew sparked criticism from Washington in 2019, with Moscow being accused of destabilising the situation in Venezuela, but the Kremlin defended their presence as it was in accordance with the contract's obligations.