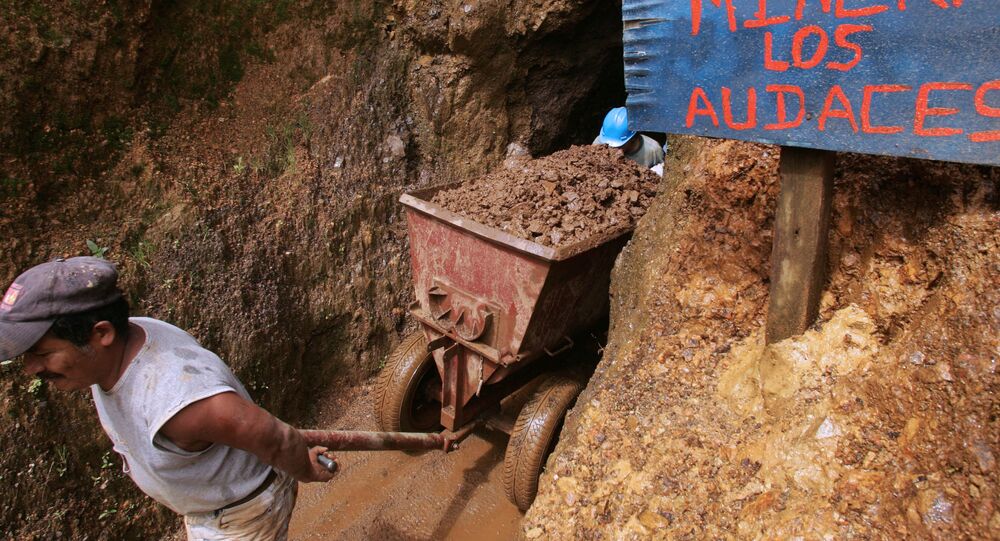 Huge Deposits of Gold, Copper and Silver Discovered in Ecuador

The Cascabel project, operated by Australia’s Solgold, is currently in its advanced exploration phase; it is one of Ecuador’s most ambitious mining projects, with the state hoping it will spur its economy.

One of the world's largest deposits of gold, copper and silver has been discovered in Ecuador in the northern province of Imbabura, EFE reported on Wednesday, citing information from the Ecuador Ministry of Electricity and Renewable Energy.

The Alpala mineral deposit, which is located in the Cascabel region, “could become the largest underground silver mine, third-largest gold mine and sixth-largest copper mine in the world,” the Energy Ministry said in a statement.

Experts evaluating the deposit estimate that underground mining operations at the Alpala project could function from 49 to 66 years, with Cascabel boasting mineral reserves of 10.9 million tonnes of copper and more than 23 million ounces of gold, according to official data.
In the first 25 years the forecast volume of copper production at the deposit stands at approximately 207 thousand tonnes, gold - 438 thousand ounces, and silver - 1.4 million ounces.

Local communities, however, recently asked the Constitutional Court for permission to hold a popular referendum on whether or not to allow the development to go forward.

President Lenin Moreno has warned the court about the consequences of authorising consultations for mining areas that have already been legally licensed to foreign companies; the court has not yet ruled on the request.
Ecuador has proclaimed an interest in attracting international investment in all segments of the country’s energy and natural resources sector.