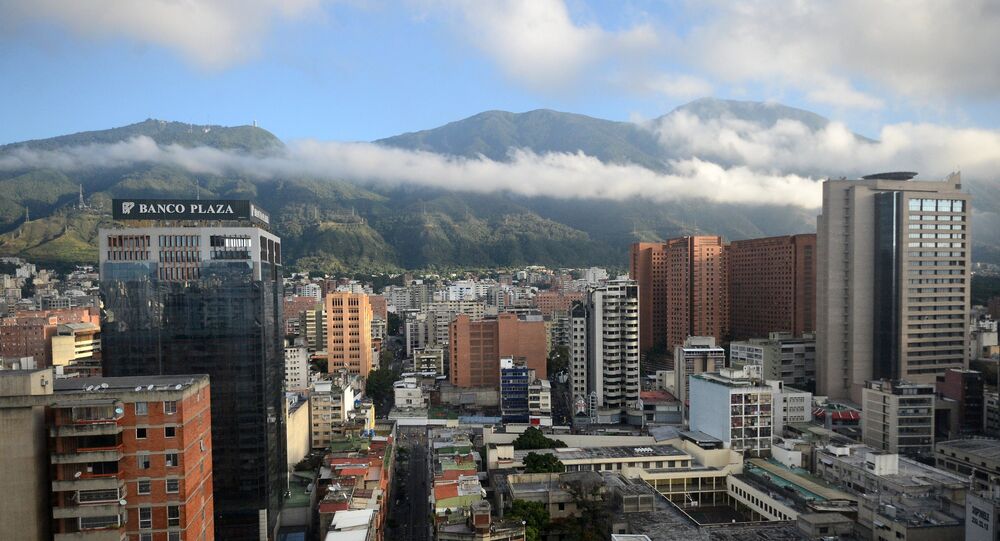 ST. PETERSBURG (Sputnik), Ekaterina Ivanova - Venezuela has several options to replace Visa and Mastercard systems, and will implement them in the next few days, Minister of Economy and Finance Simon Zerpa told Sputnik.

"For internal payment for use in Venezuela several options are on the table. That we need to use — maybe not something as big as UnionPay but we will have internal [payment] system in bolivars. We have options, more than one, and we will implement it in the next days because we have to be ready when Visa and Master[card] are gone", the minister said on the sidelines of the St. Petersburg International Economic Forum (SPIEF).

Minister of Economy and Finance Simon Zerpa further elaborated that Venezuela is hoping to secure new assets in "normal places" like Russia and China and will continue to work to get back its funds frozen elsewhere.

"So we are still working on that [return of blocked funds], we are trying to secure our assets in normal places, for example like Russia, China, and we are willing to keep on fighting the sanctions and try to get our assets back … The new assets and the new money we are making from our exports, we are trying to keep it in secure places", the minister said.

Zerpa added that Venezuela would have to "wait a little bit longer" before it could get back its funds that had been frozen abroad.

"We are trying to get it back because we are suffering an illegal situation. We have lawyers, we have demands, we have hearings in court, but we have to wait a little bit longer because the damage made by the US is huge", Zerpa noted.

The minister has continued on by saying that Venezuela intends to pay off its debt to Russia in full, the next payment is scheduled for 30 September.

"We have an upcoming payment date of September 30, in the amount of $200 million, and we have already announced that we will repay the debt", Serpa stated.

© AFP 2021 / FEDERICO PARRA
Kremlin Denies Officially Informing Trump About Activities of Russian Military in Venezuela
Russian Deputy Finance Minister Sergei Storchak earlier explained that servicing Venezuela’s debt to Russia involves payments twice a year. The previous payment was made in April. At present, Venezuela pays off the only interest on the debt, while the period for the repayment of the loan itself, along with the interest, should begin later.

The St. Petersburg International Economic Forum (SPIEF) began on 6 June and will last through 8 June.

Venezuela entered a turbulent political crisis after Guaido proclaimed himself interim president in January. Several countries, including the United States, have endorsed him as Venezuela's leader and urged Maduro to step down. Maduro, in turn, has accused the United States of attempting to orchestrate a coup in the country and bring Guaido to power. Russia, China, Turkey, and several other countries have continued to recognize Maduro as the legitimate Venezuelan leader.