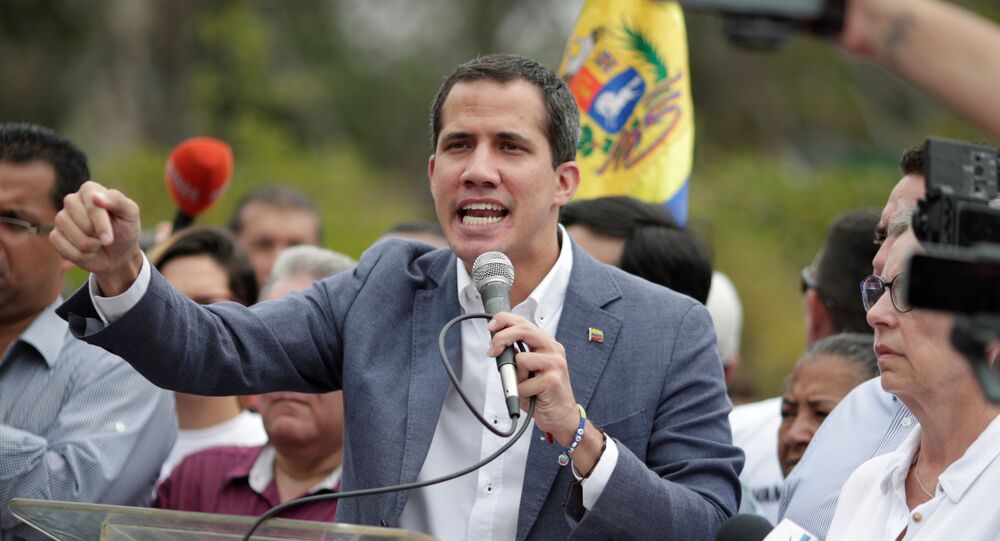 MOSCOW (Sputnik) – Venezuelan opposition leader Juan Guaido explained that the ongoing contacts between his representatives and the Venezuelan officials in Oslo were not negotiations but an attempt to sit down at the negotiating table.

"These are not in any way the negotiations. These are Norway’s efforts to act as a mediator, which have been underway for months," Guaido told reporters, as quoted by El Nacional newspaper.

The opposition leader recalled that the ongoing meeting was the second time that Norway invited the Venezuelan sides to sit at the negotiating table in Oslo.

"There is no difference between this meeting in Norway and the other [meetings]. It is the country’s intention to act as a mediator in the resolution of the crisis, which is similar to the intentions of the [International] Contact Group, the Lima Group, Canada and others. It is another initiative of a county which seeks cooperation," Guaido added.

© AFP 2021 / Yuri Cortez
Maduro's Minister, Guaido's Rep Meet in Norway for SECRET Talks
On Thursday, an informed source told Sputnik that a Venezuelan official delegation was on its visit to Norway in an attempt to find possible ways of rapprochement with the opposition. Jorge Valero, the Venezuelan ambassador to the UN Office in Geneva (UNOG), subsequently said that the talks between the government and the opposition’s democratic segment were underway in Oslo.

The situation in Venezuela remains tense since January when Guaido proclaimed himself an interim president. Washington and its allies endorsed Guaido and called on Maduro to step down. Moreover, the United States seized billions of dollars’ worth of Venezuelan oil assets.

Maduro, in turn, has accused the United States of trying to orchestrate a coup in order to install Guaido as its puppet and take over Venezuela’s natural resources.

Notably, Norway was among EU countries that have not endorsed Guaido as the Venezuelan interim president.