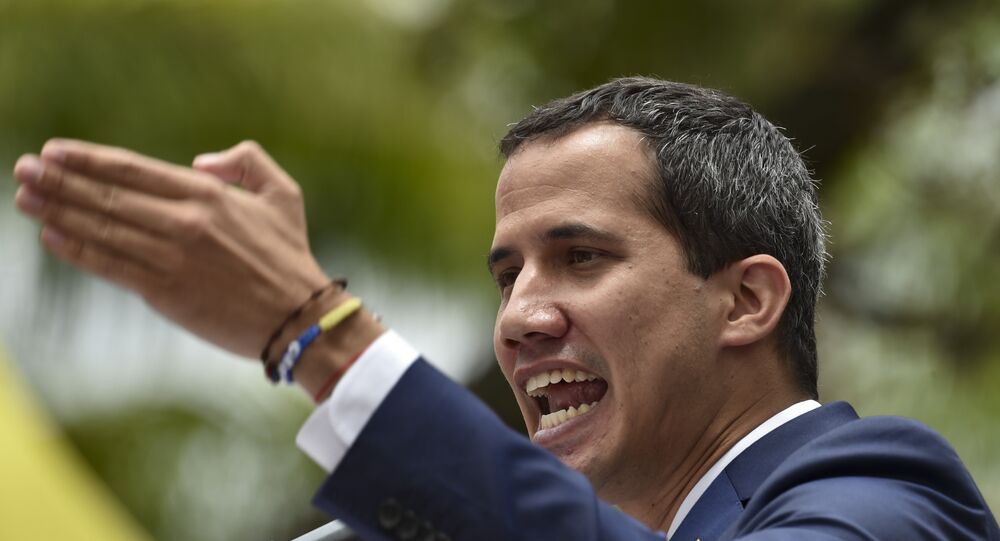 Venezuelan opposition leader Juan Guaido acknowledged on Saturday that errors were made in an attempt to start a military uprising and that he would take any offer from the US to provide a military option in Venezuela to a vote.

After the coup attempt against legitimate Venezuelan president Nicolas Maduro on Tuesday fell apart, Guaido conceded that the opposition had miscalculated its support within the military, revealing in an exclusive interview with the Washington Post that they had expected Maduro to step down amid a groundswell of defectors within the military.

“Because the fact that we did what we did and it didn’t succeed on the first time, doesn’t mean it’s not valid,” he said. “We are confronting a wall that is an absolute dictatorship. We have recognized our mistakes — what we didn’t do, and [what] we did too much of,” he said.

Guaido’s call for the rank and file and senior brass of the military to abandon Maduro did not produce mass defections, the opposition leader noted.

“Maybe because we still need more soldiers, and maybe we need more officials of the regime to be willing to support it, to back the constitution,” Guaido said. “I think the variables are obvious at this point.”

Guaido also indicated that any American military support must be alongside Venezuelan forces who have turned against Maduro but gave no further specifics on what would be acceptable. Trump administration officials, including National Security Advisor John Bolton and Pentagon generals, made clear on Friday that all options to solve the Venezuelan conflict are “on the table.”

Asked what he would do if National Security Advisor John Bolton called him up with an offer of US intervention, Guaido said he would reply by saying: “Dear friend, ambassador John Bolton, thank you for all the help you have given to the just cause here. Thank you for the option, we will evaluate it, and will probably consider it in parliament to solve this crisis. If it’s necessary, maybe we will approve it.”

The opposition leader also said he welcomed the recent discussions of military options in Washington, calling them “great news.”

“That’s great news to Venezuela because we are evaluating all options. It’s good to know that important allies like the US are also evaluating the option. That gives us the possibility that if we need cooperation, we know we can get it,” he said.

© AP Photo / Andrew Harnik
Republican Sen. Urges Hearing on Potential US Military Intervention in Venezuela
He added that there are Venezuelan soldiers that want “to put an end to [leftist guerrillas], and help humanitarian aid get in, who would be happy to receive cooperation to end usurpation.”

Asked if Secretary of State Mike Pompeo had damaged opposition negotiations by mentioning the names of the alleged conspirators who were willing to turn against Maduro — including his defenсe minister Vladimir Padrino Lopez — Guaidó said Pompeo had not. Rather, he called Pompeo’s move a demonstration of “important support.”

He also revealed that he would not agree to sit down and negotiate with Maduro unless he departed from his position as president of Venezuela.

The situation around Venezuela has been intense since January when Guaido illegally proclaimed himself the interim president and was immediately supported by the United States and its allies. Nicolas Maduro, in turn, was backed by multiple countries including Russia and China, as the only legitimate president of Venezuela.

Treasury: Venezuela's Institutions Should Support Guaido to Get Sanctions Relief

People Take to Streets Outside Airbase After Guaido's Announcement (VIDEO)