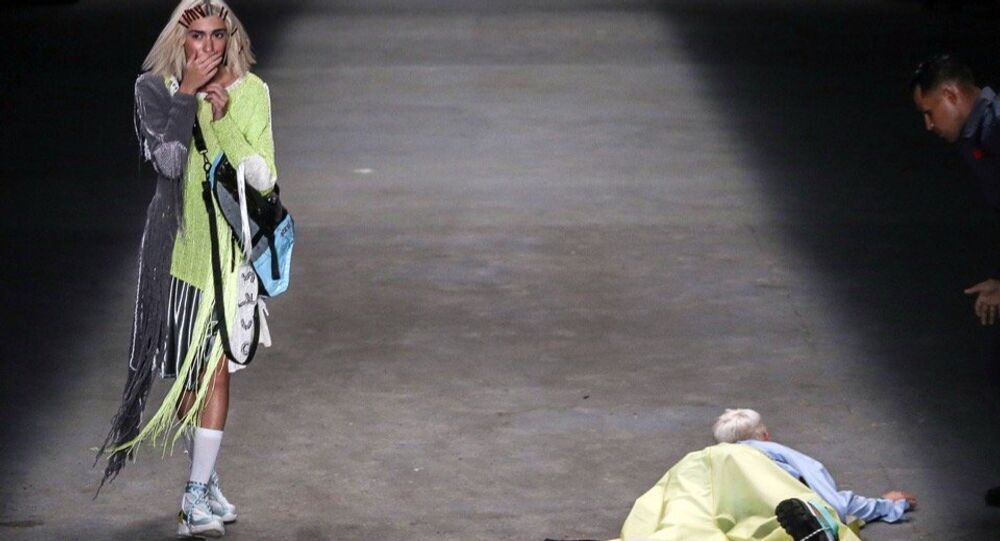 In what at first glance seemed to be part of the model’s catwalk show, seconds later raised deep concerns, with neither the on-scene paramedics nor the prompt transportation to hospital able to yield any positive results.

A 26-year-old Brazilian model who collapsed and died while walking along the catwalk at Sao Paolo Fashion Week on Saturday night, with observers initially certain that it was part of the act, could have suffered from an inborn illness that had never been diagnosed, doctors believe, as reported by FocusOn News.

Due to foam that appeared from his mouth at the moment he fell, many first thought it was an epileptic fit, but his agent, Roderico Campaneli, from MGT Base agency, has now told the edition: "This has been a shocking series of events that we're trying hard to piece together. But everything happened so suddenly and unexpectedly".

He went on to elaborate on doctors suspecting that Tales "might have had a congenital problem", as judging by videos "they believe he died on the catwalk".

"It was all so fast: he kissed a friend behind the scenes who was following him, walked out confidently as usual, then suddenly stumbled, lost his footing and fell", the agent recounted.

© Photo : joyceprado/instagram
Away With the Queen! Bolivian Model Loses Her Crown Over Undisclosed Reasons

Now viral footage shows Tales Soares walking with ease on the catwalk before he falls down just moments later; however, paramedics, who instantly arrived at the scene, sadly did not manage to rescue the man.

There is reportedly another clip, no less distressing, which the media covered but chose not to make public, showing Tales collapsing face-first on the ground after he staggered while walking.

Meanwhile, neither the family, nor the modelling agency that Tales worked for were aware of any of his health issues, Gabrielle Gomes, Tales’ sister, confirmed to the Brazilian media outlet G1, adding that her brother had regular medical check-ups.

MGT Base Agency came up with their own statement, lamenting the death of the model and asserting that Tales, who kept a healthy vegetarian diet and never used illicit substances, had never complained about health problems. The agency concluded by asking “for respect at the moment of deep sadness” while awaiting a medical report on the autopsy results.