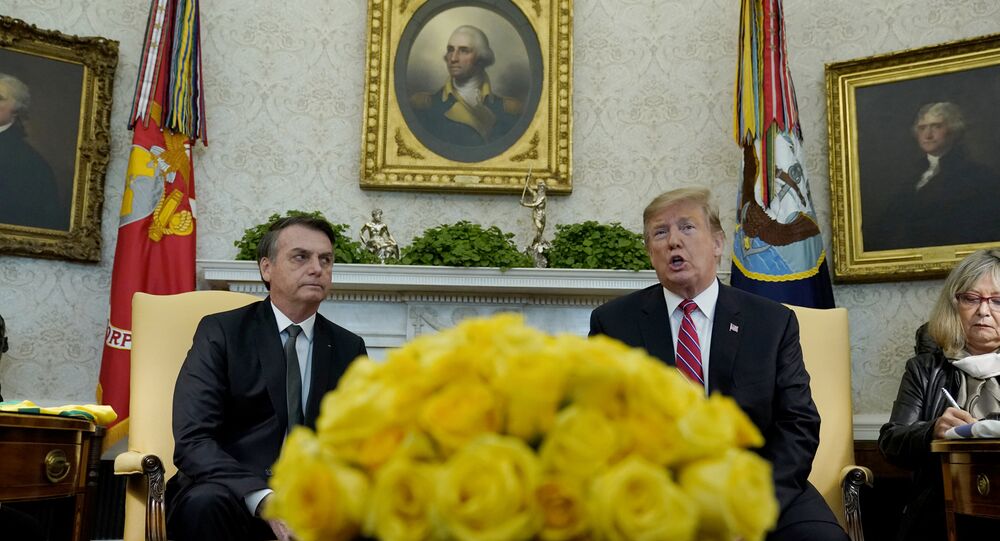 Caracas on Statements on Country's Future by US, Brazilian Leaders: 'Dangerous'

BUENOS AIRES (Sputnik) - Venezuela considers statements on the country's future by the US and Brazilian presidents dangerous and is determined to further work to ensure peace in the region, the Venezuelan Foreign Ministry said in a statement.

© AP Photo / Evan Vucci
Trump to Discuss Venezuela With Caribbean Leaders at Mar-a-Lago on Friday
On Tuesday, US President Donald Trump and his Brazilian counterpart Jair Bolsonaro held talks, following which they reiterated their support for Venezuelan opposition leader Juan Guaido. When asked about the possibility of a military intervention in Venezuela, Trump said that "all options are open".

Venezuela has been in a state of political crisis since January, when Guaido, the head of the opposition-run National Assembly, illegally declared himself interim president. He was immediately recognised by the United States, which froze $7 billion in the country's oil assets and called on Venezuelan President Nicolas Maduro to step down immediately.

While dozens of nations have since endorsed Guaido, Russia, China and numerous others have reaffirmed their support for Maduro as Venezuela's only legitimate president.

Venezuelan Opposition Seizes Control of 3 Diplomatic Buildings in US