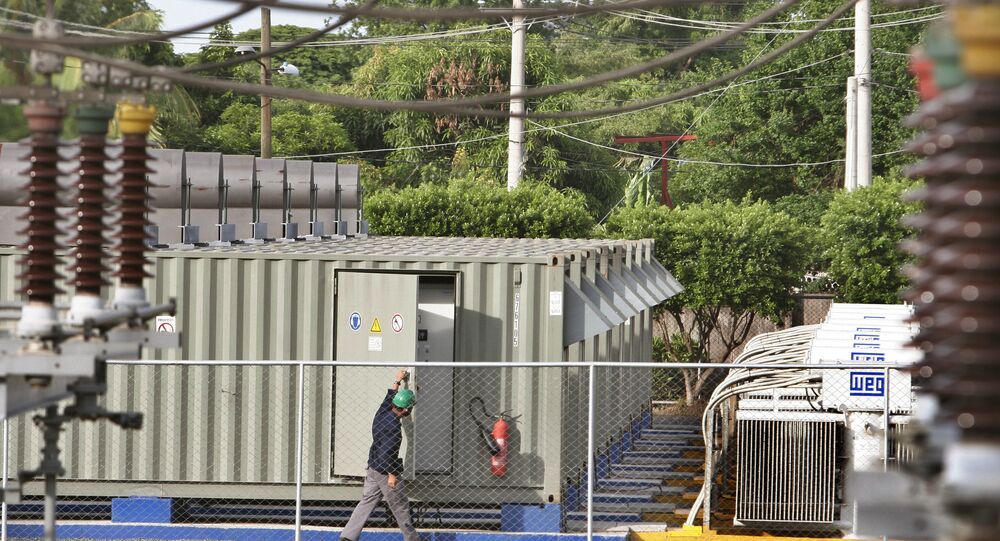 MOSCOW (Sputnik) - Cuban President Miguel Diaz-Canel on Wednesday blamed the United States for the collapse of the Venezuelan power grid and drew a parallel between Washington's actions and the ones of the Nazis.

"The criminal aggression against Venezuela seems to be inspired by the worst practices of the Nazis, like the siege of Leningrad [during World War II], which was aimed to starve the city to death. Nobody doubts that the blackouts in Venezuela are the result of the US sabotage", the Cuban leader tweeted.

© AFP 2020 / LEO RAMIREZ
China Ready to Help Venezuela Restore Electricity System as Maduro Calls for Allies' Assistance in Probe Into Blackout
Earlier in March, a massive blackout swept many Venezuela's states, crippling the country's power grid. The national electricity supplier Corpoelec insisted that the power cut was the result of sabotage at the major Guri hydroelectric power plant in eastern Bolivar state. Venezuelan President Nicolas Maduro pinned the blame for the crisis on the United States. As of now, the power supply has been mostly restored in the country.

Washington and its allies openly support Venezuela’s opposition leader Juan Guaido, who proclaimed himself 'interim president' back in January, following a wave of anti- and pro-government rallies. In the meantime, Russia, China, Turkey, Cuba, and other countries stand by legitimately-elected President Nicolas Maduro and warn the United States and its allies against "meddling" in the South American country’s affairs.