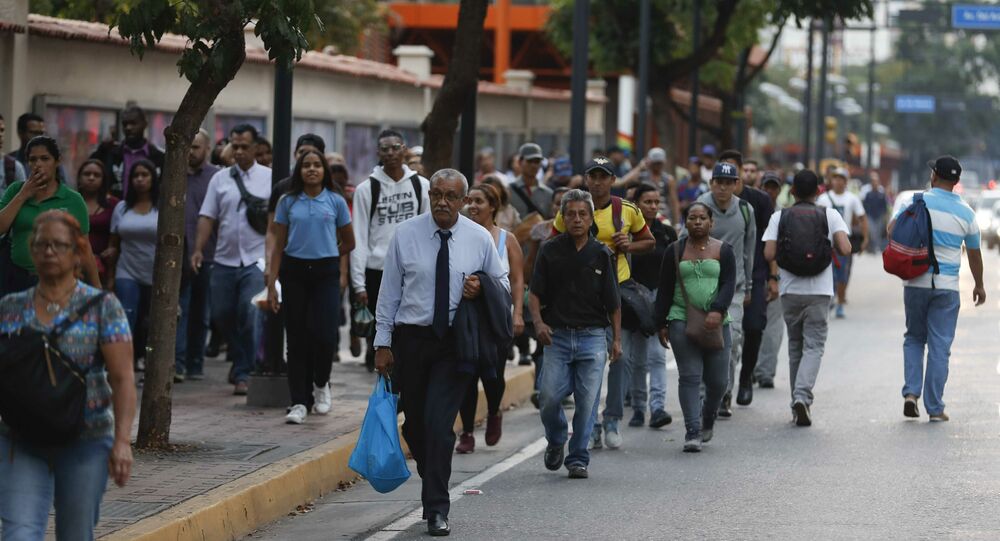 On Thursday evening, a power outage was registered in 21 out of the country's 23 states, after what local media and officials described as an act of "sabotage" at the Guri hydroelectric power plant.

The Venezuelan government suspended schools and the working day on Friday, following a massive blackout that hit most of the country, including Caracas.

Venezuelan TV network Telesur quoted Vice President Delcy Rodriguez as saying that the move will only apply on Friday while the power supply is being restored.

A power outage was reportedly registered in 21 out of 23 states of Venezuela. The country's National Electric Power Corporation reported that the Guri hydroelectric power plant, the primary source of most of the country's electricity, "faced sabotage which is a part of an electric war" against Venezuela.

Electric Power Minister Luis Motta Dominguez said the authorities were working to solve the blackout issue "as soon as possible".

Venezuelan President Nicolas Maduro, in turn, accused the United States of waging an electric energy war against the Bolivarian republic, which he said would not succeed.

"The electric energy war declared and directed by the US imperialists against our people will be destroyed. Nothing and nobody will win over the people of [Venezuela's late leader Hugo] Chavez," Maduro said on Thursday.