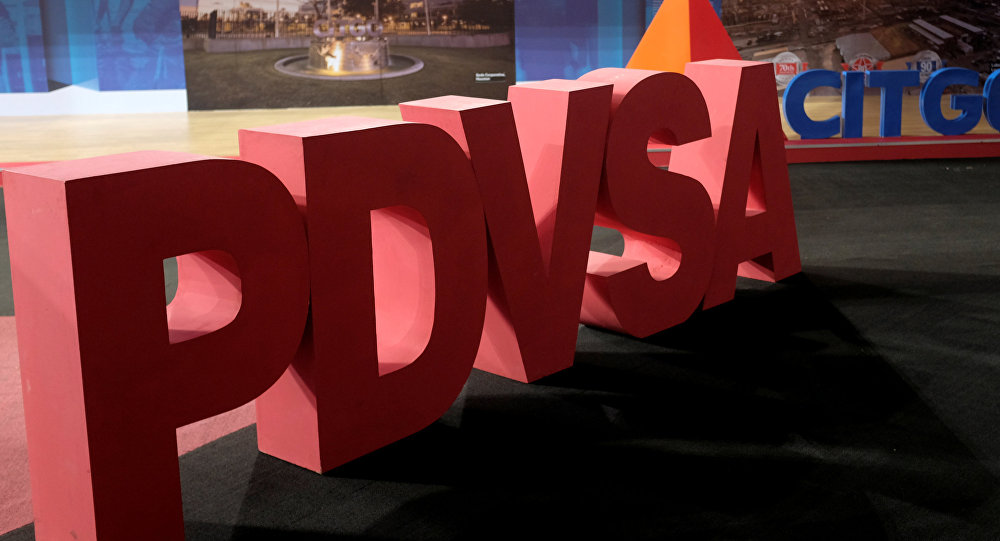 MOSCOW (Sputnik) - Venezuelan Oil Minister Manuel Quevedo is on his way to Moscow to formalise the transfer of the office of Venezuela's PDVSA state giant from Lisbon to the Russian capital, Venezuelan Vice President Delcy Rodriguez has stated.

"The oil minister, Manuel Quevedo, is currently on his way here to complete the transfer of PDVSA office from Lisbon to Moscow. Besides, we are planning to move here the office of the company dealing with iron and aluminium", the official told Rossiya 24 broadcaster.

The statement comes days after Venezuelan President Nicolas Maduro decided to close PDVSA's office in Lisbon and move it to Moscow. PDVSA has recently been hit by US sanctions amid political unrest in Venezuela.

© AFP 2019 / Juan Barreto
Maduro Decided to Close PDVSA Office in Lisbon and Move it to Moscow - Venezuelan Vice President
In January, US National Security Adviser John Bolton stated that the United States was imposing sanctions against Venezuelan state-owned oil company PDVSA, adding that it will block $7 billion in PDVSA's assets. US Treasury Secretary Steven Mnuchin, in turn, emphasized that by blocking PDVSA assets, the United States was preserving the assets of the company in the interests of the people of Venezuela and also protecting its own market. Caracas has blasted the move as unlawful and accused Washington of seeking to get its hands on Venezuelan oil reserves.

© Photo : Pixabay
US Distancing Itself From Future Energy Prospects - Venezuelan PDVSA Banned by Washington
Venezuela is currently going through a political crisis after opposition leader Juan Guaido declared himself the country's interim president. President Nicolas Maduro, in turn, called Guaido "a US puppet" and accused him of conspiring with the United States to overthrow the country's legitimate government including by organizing the delivery of so-called humanitarian as part of a plan to justify US military intervention.

The United States immediately recognised Guaido with some 50 other countries followed suit. Russia, China, Cuba, Bolivia and a number of other states have, in the meantime, voiced their support for the legitimate government of Maduro.