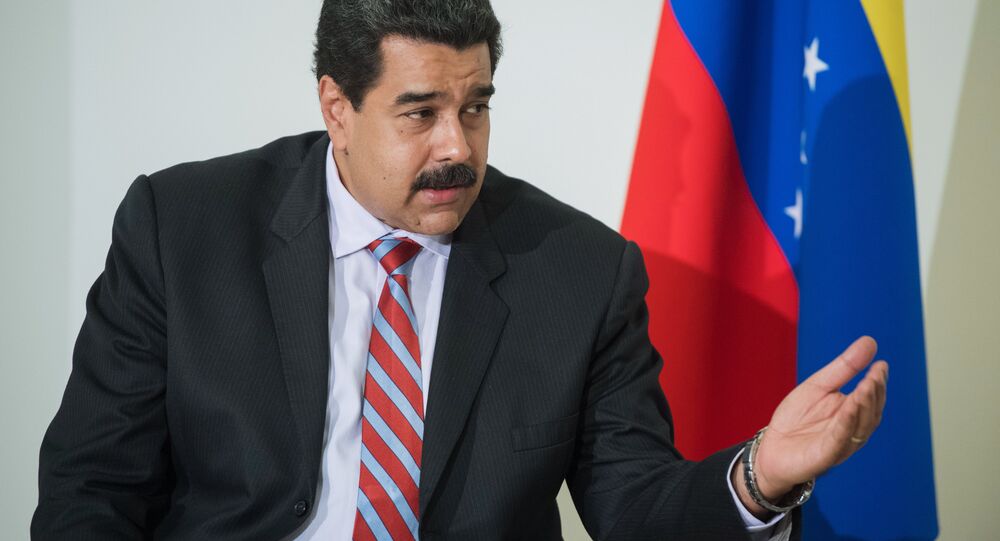 DAMASCUS (Sputnik) - Caracas aims to increase production of gold three times and extract an additional 1 million barrels of oil daily, Venezuelan President Nicolas Maduro said on Wednesday as the Latin American country has been hit with domestic crisis and tough US sanctions.

"These difficulties are for us a chance for exemplary economic development in Venezuela. We have a challenge, which is an additional increase in oil production by 1 million barrels. Thus, our economy will receive additional financial resources … We have a plan to increase the extraction of gold three times, as well as gas, steel, iron and aluminum," Maduro said in an interview with the Lebanese al-Mayadeen broadcaster.

Venezuela's oil industry has recently been subject to the US sanctions, introduced by Washington to exert pressure on the Venezuelan authorities amid political crisis in the country.

© CC0
Salvini Criticised for Call to Return Control Over World's 4th-Largest Gold Reserves 'to Italian People'
On 23 January, Venezuelan parliament speaker Juan Guaido, proclaimed himself the country’s interim president with the intention of leading the transitional government until a new presidential election is held.

The United States and a number of other countries formally recognized Guaido as interim president. Russia, China and several other countries supported Maduro as the legitimate president of Venezuela.

On 28 January, the United States announced the imposition of sanctions on Venezuela’s state-owned oil and natural gas company PDVSA, blocking the company's assets worth $7 billion remaining under the US jurisdiction. According to the White House' forecast, the company will lose another $11 billion in oil supplies. In addition, Washington introduced a ban on making deals with the company.