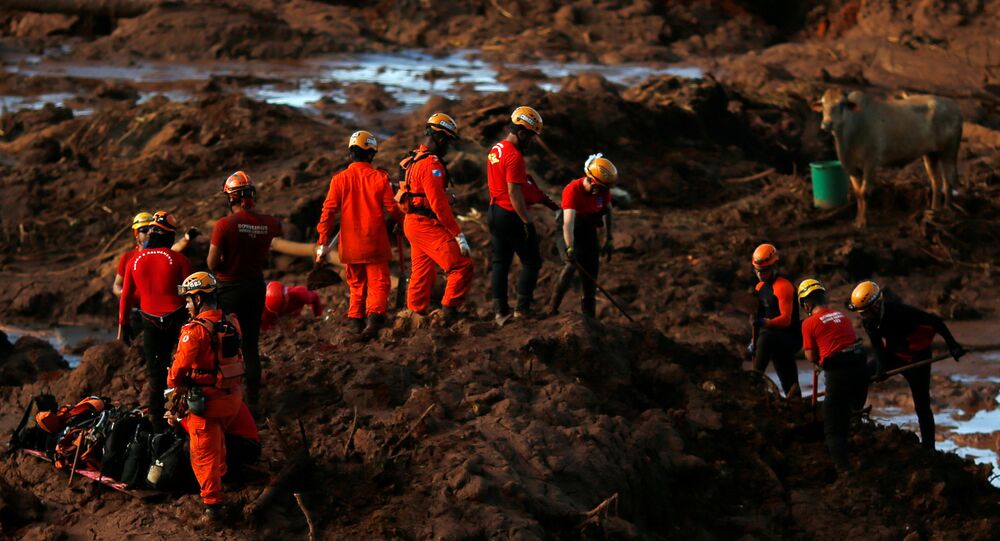 MOSCOW (Sputnik) - Two mining companies in the Brazilian state of Minas Gerais announced on Friday the evacuation of a total of 700 people living near their tailings dams as precautionary measures against new dam collapses in the region.

The decisions come after the dam belonging to company Vale collapsed in the state’s Brumadinho municipality on January 25, triggering heavy mud floods. According to the latest data, the death toll reached 157 people, with over 150 still missing.

Vale, meanwhile, announced that it had started evacuating about 500 people from "the downstream area of the Sul Superior tailings dam of the Gongo Soco mine, located in the city of Barão de Cocais, state of Minas Gerais."

"The decision was made as a preventive measure after the consulting company Walm denied the Stability Condition Report of the structure," the company said in a statement.

The statement added that the company was intensifying the inspections of its Sul Superior dam, which has been inactive since 2016.

"Having informed and discussed the situation with the local authorities, it was agreed that the 200 person community situated downstream to the dam should be evacuated as a precautionary measure," the company said in a statement.

According to the company, people will remain in temporary accommodation until the ongoing stress tests are completed and "the security of the tailings pond can be 100% guaranteed."