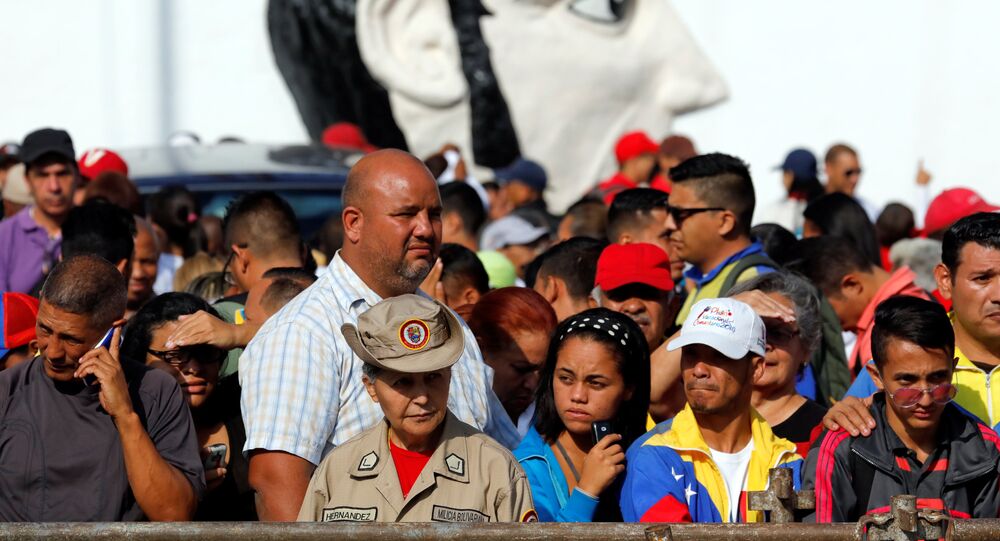 Yesterday, US President Donald Trump recognised Juan Guaido, the head of the disempowered National Assembly, as interim president of Venezuela. This happened in wake of the incumbent Venezuelan president's statements that the National Assembly was guilty of ridiculing the country’s constitution.

Turkish President Recep Tayyip Erdogan has called the statements of his American counterpart Donald Trump on Venezuela "shocking" and noted that democracies must respect the results of other states' elections. He also expressed hope that the Venezuelan people would support the elected president, Nicolas Maduro.

Erdogan further stated that Turkey can't support the latest events in Venezuela, referring to opposition leader Juan Guaido swearing himself in as interim president of Venezuela with the support of the now disempowered National Assembly.

"I am 40 years in politics. And I have always respected the elections. If there is no respect for the will of the people, then it is not democracy, but authoritarianism. Maduro was elected president. That's why I, as a person who believes in democracy, was shocked by Trump's decision", Erdogan said.

Statements by US Officials on Situation in Venezuela

US Secretary of State Mike Pompeo announced that Washington is ready to provide $20 million in humanitarian aid to Venezuela. He also called on all members of the Organization of American States to follow the US' suit and recognize Juan Guaido as the interim president.

Pompeo also slammed Nicolas Maduro's presidency as "illegitimate" and warned him against using force against protesters. He further reaffirmed the support for the Juan Guaido and the National Assembly and expressed hope that they would "restore democracy and respect for the rule of law in Venezuela".

US National Security Adviser John Bolton urged the Venezuelan military to support opposition leader Juan Guaido as the country's new president. He also noted that the disempowered National Assembly is willing to pardon officers. Bolton added that the country's revenues should go to Guaido's government and that the White House is working on disconnecting Maduro from them.

Sitting Venezuelan President Nicolas Maduro blasted the move, stating that the US government was attempting to stage a coup. Maduro has since cut off diplomatic and political relations with the US and gave American diplomats 72 hours to leave the country.