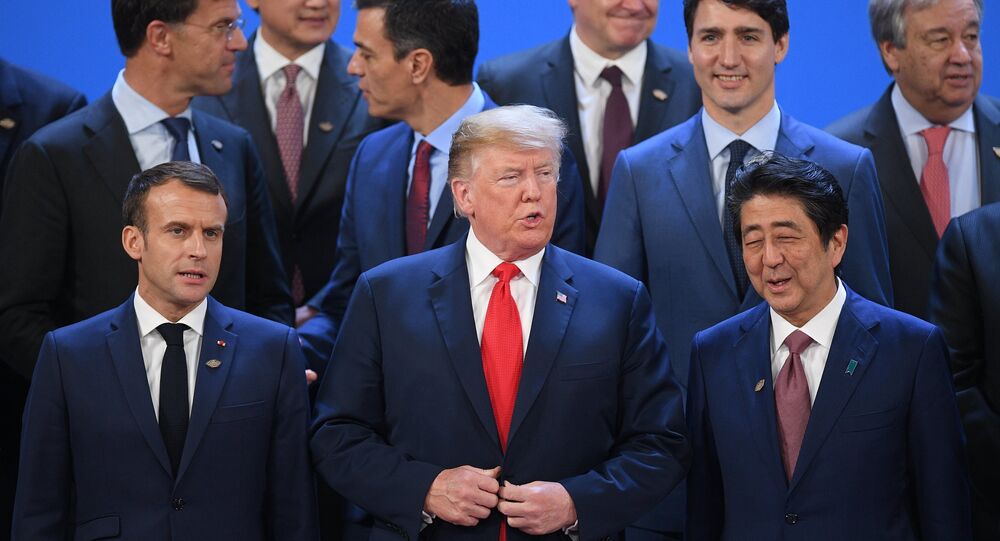 BUENOS AIRES (Sputnik) - The leaders of the G20 countries, who will have to make difficult discussions about the rules of international trade over the next two days, have been generously greeted with authentic Argentine souvenirs and local treats upon their arrival to Buenos Aires, the summit's organizers said.

The leaders were gifted with alpaca wool scarves woven by women working in the mountainous province of Catamarca, the organizers said on Friday.

In memory of the summit, the spouses of the leaders were also presented with bracelets made of silver mined in Argentina. In addition, the heads of state will be able to familiarize themselves with the gastronomic products with which Argentina is associated, in particular, wine from the world-famous Mendoza region.

© Photo : sputnik/instagram
Zombie Apocalypse Takes Over Buenos Aires Amid G20 Summit (VIDEO)
In addition, the G20 leaders were offered a non-alcoholic option in their gift packages: tea from Patagonia and dulce de leche, a local caramel dessert that tastes a bit like boiled condensed milk. This caramel paste was also given to journalists covering the summit.

According to local media, the souvenirs were selected by the wife of Argentine President Mauricio Macri, Juliana Awada. She wanted to show the guests as much of her country's culture as possible since the leaders were going to be in Argentina for just one or two days.