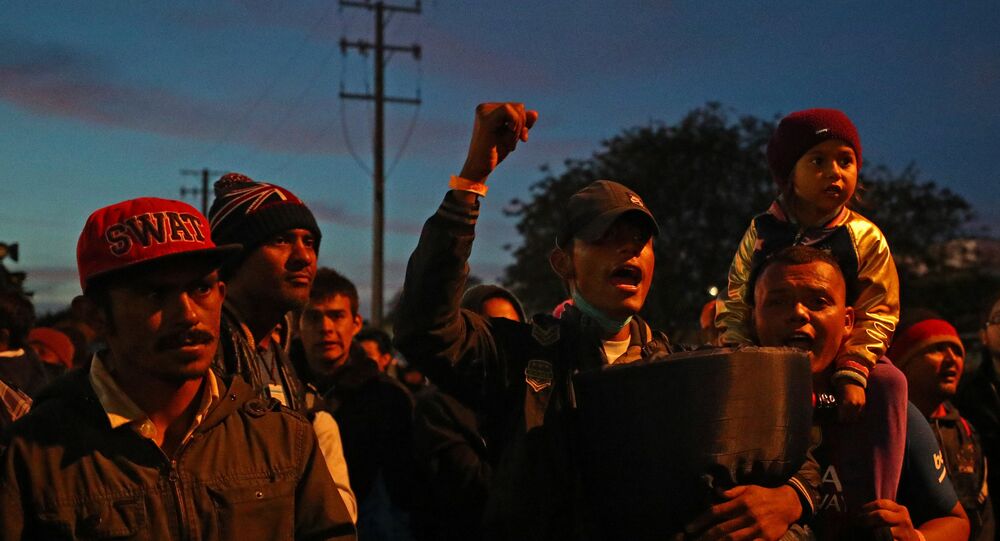 Tijuana Mayor: City Residents Will Not Pay for Migrants' Stay

MOSCOW (Sputnik) - Juan Manuel Gastelum, the mayor of the Mexican city of Tijuana, bordering on the United States, said on Friday that he would not have the city residents bear the burden of sustaining asylum seekers arriving from Central American countries with migrant caravans, adding that Tijuana was already suffering from a humanitarian crisis.

"Tijuana residents will not pay for the migrants' stay, I will not place this burden on Tijuana the same way I have not done this over the past two years. We are in a state of a humanitarian crisis, and the federal government must take on the responsibility," the mayor said in a video statement posted via his official Facebook page.

© REUTERS / Adrees Latif
Migrant Caravan: Troops to Stay at Mexico Border 'as Long as Necessary' – Trump
Commenting on the issue on Tuesday, the Mexican Interior Ministry said around 5,600 migrants from Honduras, Guatemala and El Salvador were staying near Tijuana and another Mexican city of Mexicali, which is also located in the vicinity of the US border. According to the official figures, about 2,600 of these migrants have settled near Tijuana.

The initial caravan of illegal migrants set out from Honduras in the direction of Mexico and the United States on October 13, hoping to get asylum in these countries. According to the UN estimates, the caravan included more than 7,000 migrants. Another caravan of around 3,000 asylum seekers followed suit later in October.

WATCH Mexican Protesters Clash With Police Amid March Against Migrants