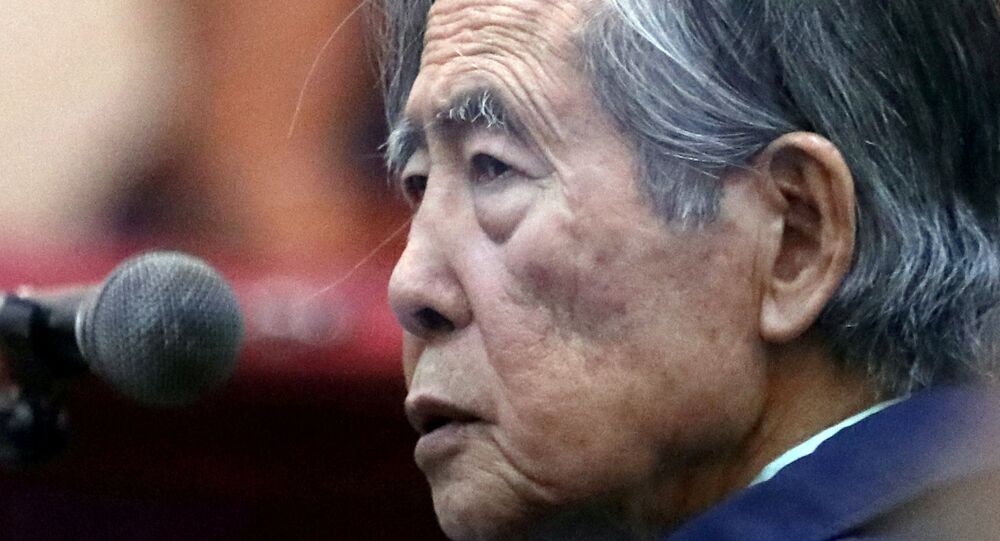 MEXICO CITY (Sputnik) – Former President Alberto Fujimori was pardoned by former Peruvian President Pedro Pablo Kuczynski in December over his advanced and incurable illness because prison conditions put Fujimori's life at risk. The pardon sparked protests across the country and prompted calls on the Peruvian authorities to reverse the decision.

The court ruled to annul the pardon on October 4, after which Fujimori had been hospitalized. Peruvian lawmakers have endorsed a bill allowing former President Alberto Fujimori, accused of corruption and human rights abuse, to avoid being jailed after his pardon on humanitarian grounds had been overturned, local media reported.

© Sputnik . Magda Gibelli
Peru Declares Emergency at Border Over Venezuelan Migrants Influx - Reports
The bill had been supported by 55 lawmakers while 30 members of the Congress had voted against it and two lawmakers had abstained from the vote, the Comercio news outlet reported.

The draft law concerns people sentenced to jail and aged over 65 years who suffer from a grave illness confirmed by medics. Under the law, a person is put an electronic bracelet on and is allowed to only move within its outreach instead of going to prison.

Fujimori, 80, who suffers from cancer, served as the president of Peru from July 1990 to November 2000. Defeating the militant Shining Path group has been one of the achievements of his presidency.

Fujumori’s administration was, however, marred by embezzlement of public funds, bribing businessmen and journalists, and such human rights violations as extrajudicial killings of the insurgents and forced sterilization of indigenous peoples. Fujimori was sentenced to jail in 2009.