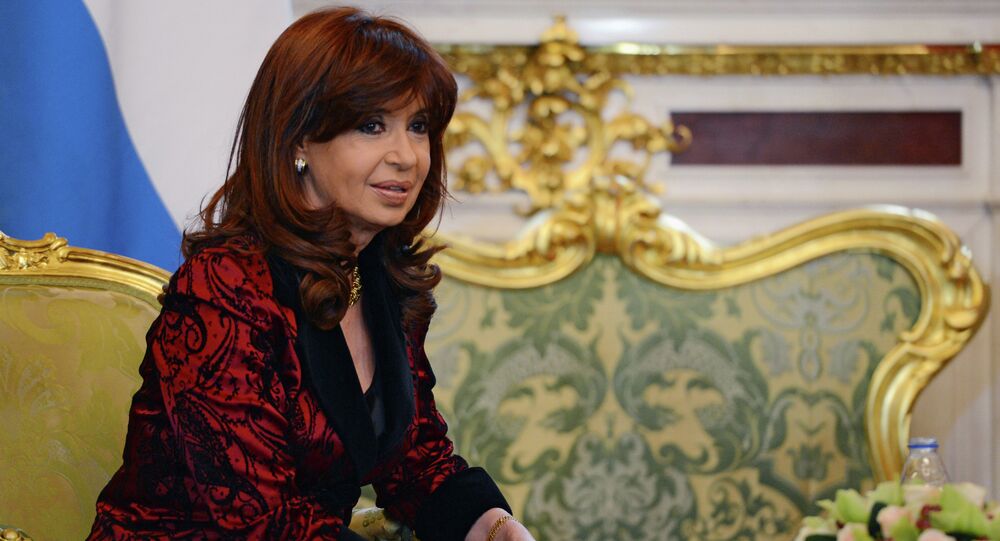 MOSCOW (Sputnik) - Files on businessmen and high-ranking intelligence agents have been discovered in a vault in one of the houses of former Argentine President Cristina Fernandez de Kirchner during searches conducted as part of a recently launched bribery case, The Clarin newspaper reported on Monday, citing police.

The documents were discovered in a concrete vault in the house in El Calafate, adding that the police officers had to use special scanning equipment to uncover the files in the safe, the media stated.

© Sputnik / Chris Summers
Secret Files Reveal Why UK Talks With Argentina Over Falklands Collapsed After War
On Thursday, the reports emerged stating that Argentine police started searching Kirchner's flat in Buenos Aires, and were supposed to later search the former president’s houses in the cities of Rio Gallegos and El Calafate.

The most recent bribery probe into Kirchner was launched earlier in August following media reports about the notes of an Argentinian businessman's driver alleging massive corruption on the part of state officials.

Kirchner already appeared in court on August 13 but refused to answer its questions, demanding instead that the bribery case be closed, and the judge and prosecutor be dismissed. According to media, Prosecutor Carlos Stornelli believes that Kirchner received $160 million in bribes between 2010 and 2015.

In May, the former president was questioned by the court as part of a separate money-laundering case. In 2016, yet another investigation was launched into Kirchner and a number of other high-ranking officials over their suspected cover-up of Iran’s involvement in the 1994 terrorist attack in Buenos Aires.