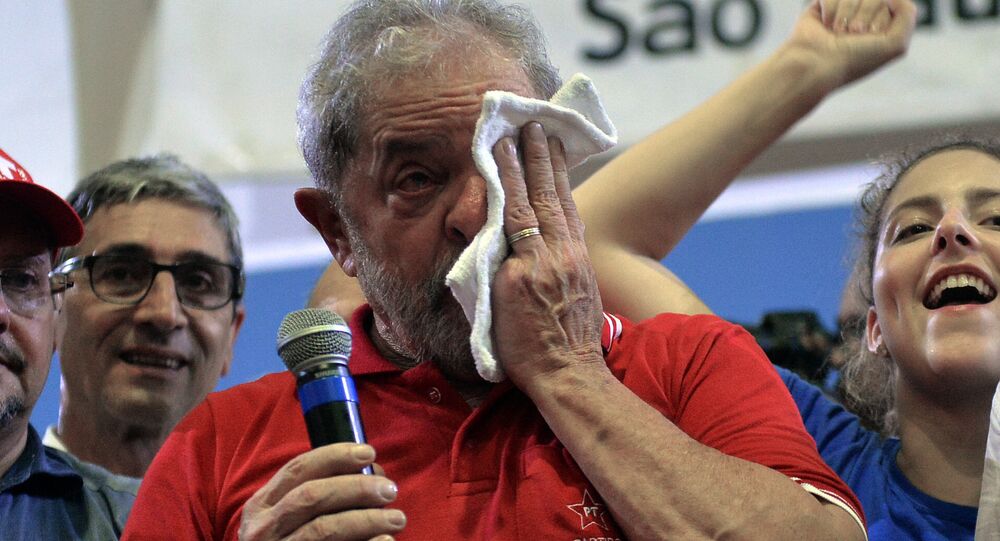 A UN committee has ruled in favor of a jailed Brazilian presidential candidate and has urged Brazilian authorities to respond accordingly to respect the leader’s human rights, its ruling stated.

The UN Human Rights Committee ruled on Friday that it had requested the Brazilian government to allow former Brazilian president Luiz Inacio Lula da Silva to exercise his political rights.

The UN committee has "requested Brazil to take all necessary measures to ensure that Lula can enjoy and exercise his political rights while in prison, as (a) candidate in the 2018 presidential elections," it said. The leader can still run in elections because his legal appeals are still ongoing, it concluded.

It also recommended that he could only be disqualified once "his appeals before the courts have been completed in fair judicial proceedings," the ruling stated.

Breaking news from @bbcbrasil: They report UN Human Rights Committee is advising that Lula be able to run as candidate in October’s Brazilian Presidential election *despite being jailed*. If confirmed, this pushes the election into deeper uncharted waters.https://t.co/KiwuVYWLev

Lula, 72, is a presidential candidate for the Brazilian Worker's Party (Partido dos Trabalhadores), one of the largest left-wing political movements in Latin America, and was Brazil's president from 2003 to 2010.

Lula is currently leading polls for the October ballot, but an electoral court may bar him from running after he was slapped with a 12-year sentence based on corruption charges. Lula has denied the charges and called them politically motivated.

The Workers' Party submitted papers to file Lula as an official candidate shortly before the Wednesday deadline had passed. "It's official! Lula is the Workers' Party candidate for presidency," the PT website said in a statement.

Brazilians will go to the polls to cast their vote on October 7 for the first round of the presidential elections. The second round will take place on October 28 if candidates fail to reach a 50 percent threshold.