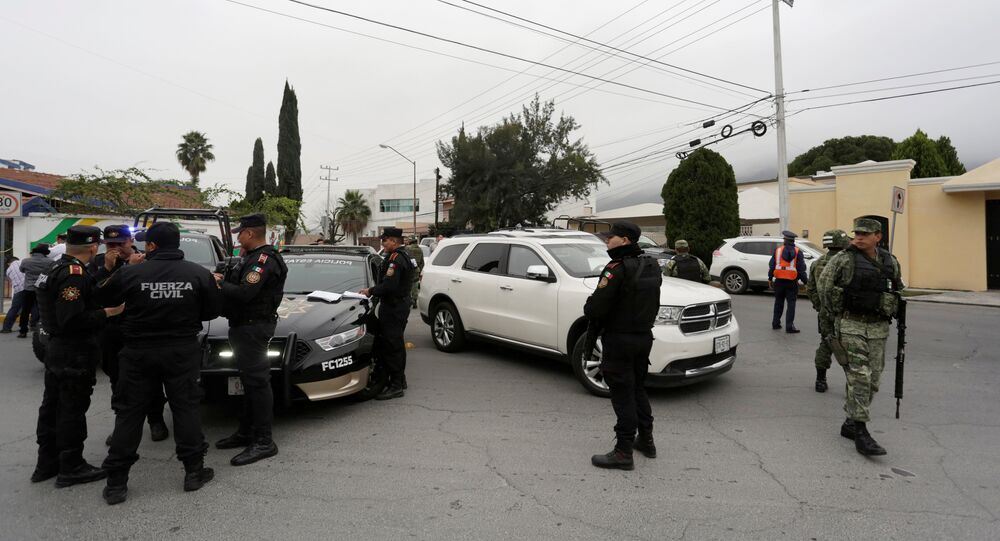 MEXICO CITY (Sputnik) - The mayor of Tecalitlan, located in the Mexican state of Jalisco, was assassinated on Monday morning, just a day after the country’s general election, the state’s prosecution office said.

According to the prosecution office, Victor Diaz Contreras was shot down by unknown attackers in his car. A woman, who was also inside the car, sustained wounds and was taken to hospital.

On Sunday, Mexico held its general election, while some regions were also voting at local elections. The country was set to elect its new president, 128 members of the Senate and 500 members of the Chamber of Deputies.

© AP Photo / Moises Castillo
Will Mexico's New President Go Ahead With Plans to Scrap $13 Bln Airport?
The election campaigns at a local level were tainted by a whopping level of violence with two politicians killed just on the election day. A member of the left-wing National Regeneration Movement (MORENA) was shot dead on Sunday in the southern state of Chiapas when he tried to prevent vote bribing, according to the Excelsior media outlet.

According to the analytical company Etellekt, 145 politicians all over the country were assassinated during the electoral campaign, as of June 30.