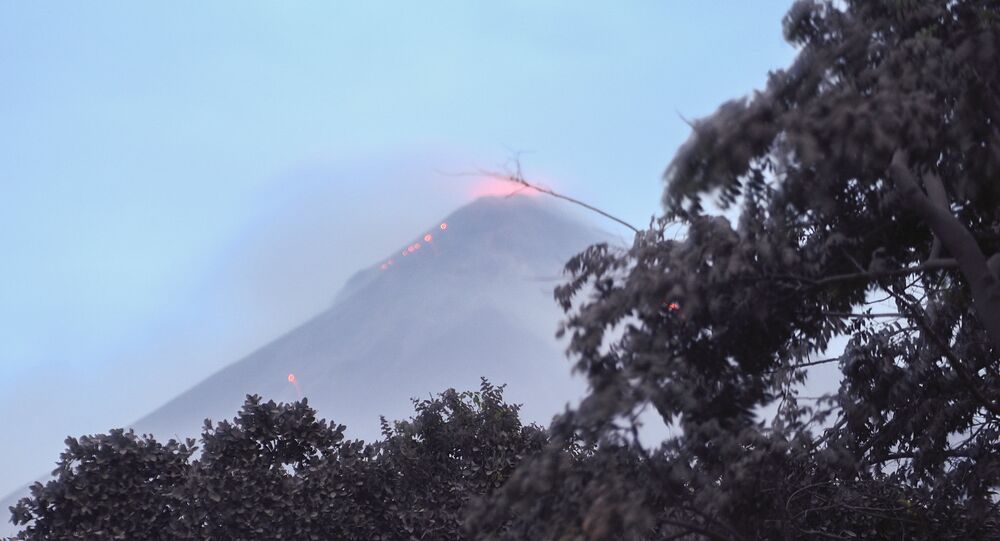 According to the National Institute of Forensic Sciences, it has received 69 bodies and only 17 of them have so far been identified.

The volcano Fuego located nearly 25 miles west of Guatemala City erupted on Sunday. The National Coordination for Disaster Reduction of Guatemala earlier announced that there were 65 victims.

The natural disaster has prompted the evacuation of 3,260 people, while 1.7 million people across the country have been affected by the volcano.

Listen to the sound…

© AP Photo / Moises Castillo
‘Cities Lie in Dust’: WATCH Aftermath of Deadly Guatemala Volcano Eruption From Above
Earlier in the day ​Guatemalan authorities had reportedly suspended rescue operation in the distressed area due to the foul weather conditions and decreased eruption activity.

The representative of the National Coordination for Disaster Reduction of Guatemala, David de Leon, told Sputnik that the country hoped to tackle the consequences of the natural disaster with its own resources, despite the readiness of many states to offer their assistance.

WATCH Aftermath of Deadly Guatemala Volcano Eruption From Above