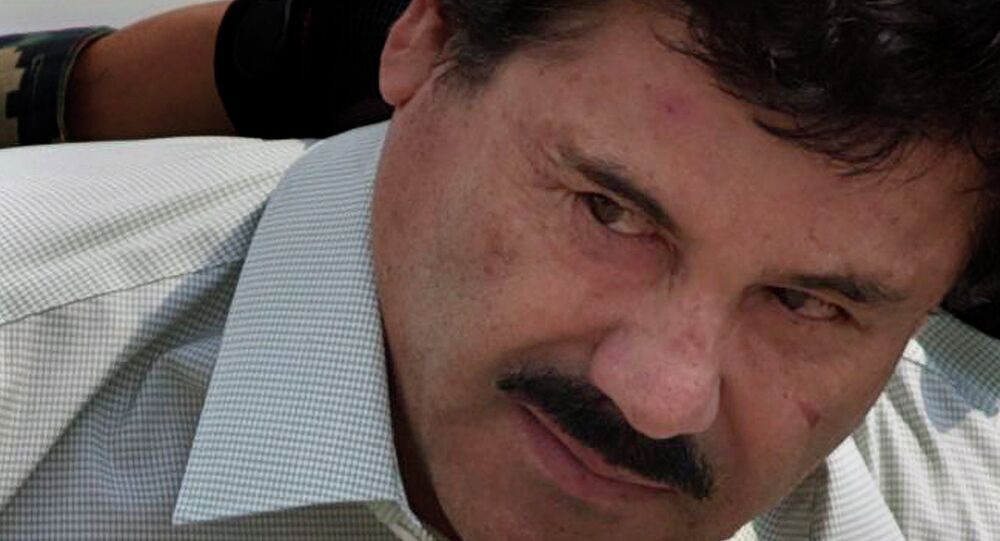 A new drug cartel has revealed itself in Mexico after the extradition of drug lord Joaquin "El Chapo" ("Shorty") Guzman from Mexico to the United States, media report.

© REUTERS / Edgard Garrido
Extradited Drug Lord 'El Chapo' Guzman Faces Life Sentence
MEXICO CITY (Sputnik) – The criminal group which calls itself "The New Alliance" (La Nueva Alianza) has opened a YouTube channel where it is also sometimes identified as "Los Chapo-zetas Levantados." La Tribuna reported on Thursday that one of the members of the new criminal group is one of the founders of the Sinaloa drug cartel.

"El Chapo" Guzman was extradited to the United States in January, to face a sentence of life in prison for operating a criminal drug organization and being involved in other drug-related crimes in New York.

© REUTERS / PGR - Attorney General's Office/
Narco Cultura: Half-Mile Drug Tunnel Discovered on US-Mexico Border
According to Mexico's Ministry of Foreign Affairs (SRE) Guzman may also be prosecuted in the US states of Texas and California on charges of organized crime, possession of weapons, money laundering and drug offenses.

Guzman escaped from the Altiplano maximum security prison on July 11, 2015, using an underground tunnel. Mexican authorities searched for El Chapo for months before finally capturing him and sending him back to Altiplano.

In May 2016, Mexico said it would extradite Guzman to the United States.

Coming to America? US and Mexico Open Talks on El Chapo Extradition

Coming to America: Mexico Speeding Up Extradition Process of El Chapo to US