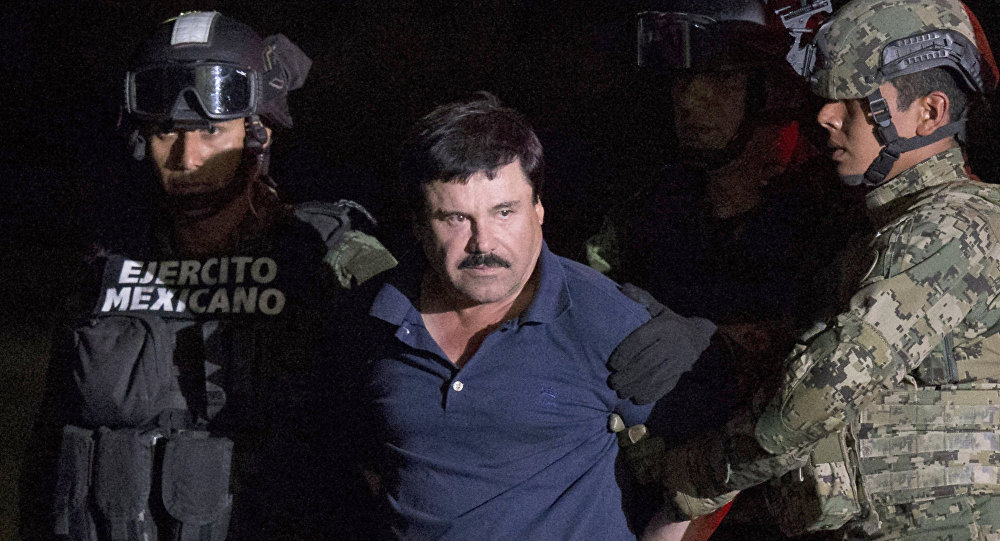 Mexican Drug Lord 'El Chapo' Extradited To The US

The Mexican government has announced that infamous drug kingpin Joaquin "El Chapo" Guzman has been extradited to the US to face charges of drug trafficking.

Televisa TV reported that El Chapo, whose name translates to "Shorty", was taken to the airport in Ciudad Juarez in the Mexican state of Chihuahua and would be taken to New York from there.

Guzman escaped from the Altiplano maximum security prison on July 11, 2015, using an underground tunnel. Mexican authorities searched for El Chapo for months before finally capturing him in January and sending him back to Altiplano.

In May 2016, Mexico said it would extradite Guzman to the United States. According to the country’s Ministry of Foreign Affairs (SRE), El Chapo will be prosecuted in two different US district courts in Texas and California on charges of organized crime, possession of weapons, money laundering as well as a number of drug offenses.