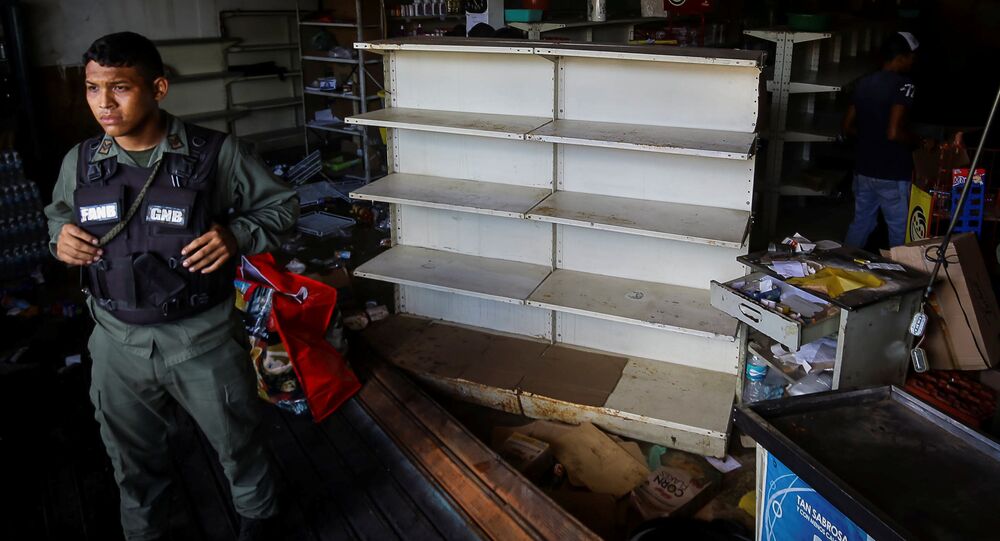 The Southern American country of Venezuela is on the verge of starvation with food trafficking now as prolific as the illegal drugs market.

Since the collapse in the price of oil in 2014, the Venezuelan government could not afford to import enough food for the population. The nationalization of farms and foods by former President Hugo Chavez led to their neglect.

And when Venezuelans were hungry, they rioted, which meant current president Nicolas Maduro handed control of the country's food to the military.

One businessmen told the AP that he paid millions to Venezualan officials, including the food ministry as people became more and more hungry. Food contracts were changing hands for US$20 million more than market prices.

Ships importing food are often made to wait at sea before docking until they are paid off, cargo is then unloaded, customs officials take a cut before the food is driven out of the port on trucks, with drivers often having to pay military officials at checkpoints to get through.

It's reported that bribery delays shipments which can also lead to food rotting at sea while people on land are starving while illegal markets run by the military who sell corn flour 100 times more expensive than the government's set price.

© Photo : Pixabay
Venezuelans Switching to Use of Bitcoins for Payments, Necessity Purchases

The consequence of hyperinflation on the population is leaving desperation among the people. Supermarket shelves are left empty, electric blackouts are becoming a regular occurrence and the country is lacking around 80 percent of its basic medical supplies.

Meanwhile, Venezuelan President Nicolas Maduro has been named 2016's person of the year by the Organized Crime and Corruption Reporting Project (OCCRP).

The award if given to a person that the OCRRP believes has done the most in the world to advance organized criminal activity and corruption.