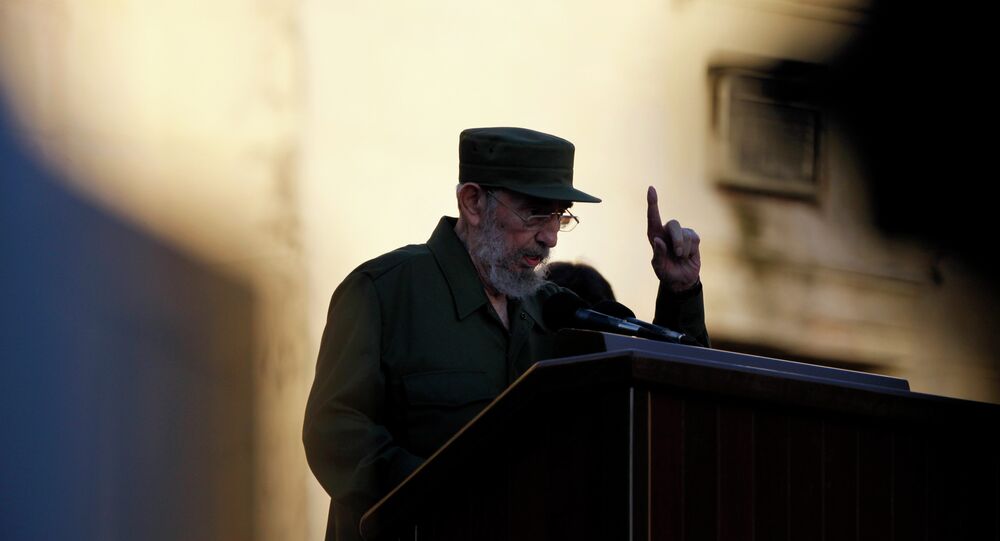 Long-standing Cuban leader Fidel Castro was the most prominent statesman in Latin America in the 20th century and he passed away in very challenging times, Ernesto Samper, the Secretary General of the Union of South American Nations (UNASUR) and a former president of Colombia, told Sputnik on Saturday.

"[Castro] was the most prominent statesman in Latin America in the 20th century… People do not choose the time to die. But he passed away in the most difficult moment, when the region is facing a great uncertainty connected with the election of Donald Trump," Samper said.

© AP Photo / Andrew St. George
Castro to Go Down in History as 'Hero Holding Out Against the US Empire'
According to Samper, the world will forever remember Fidel Castro as "a supporter of social equality, transparency and ideological coherence."

Samper added that there were currently "dark clouds" over relations between the United States and other states in the region due to possible consequences of new US government's decisions regarding migrations issues and restoration of the diplomatic relations with Cuba.

"It is our turn now to follow some of his [Castro's] ideas in order to know how to overcome this uncertainty," Samper added.