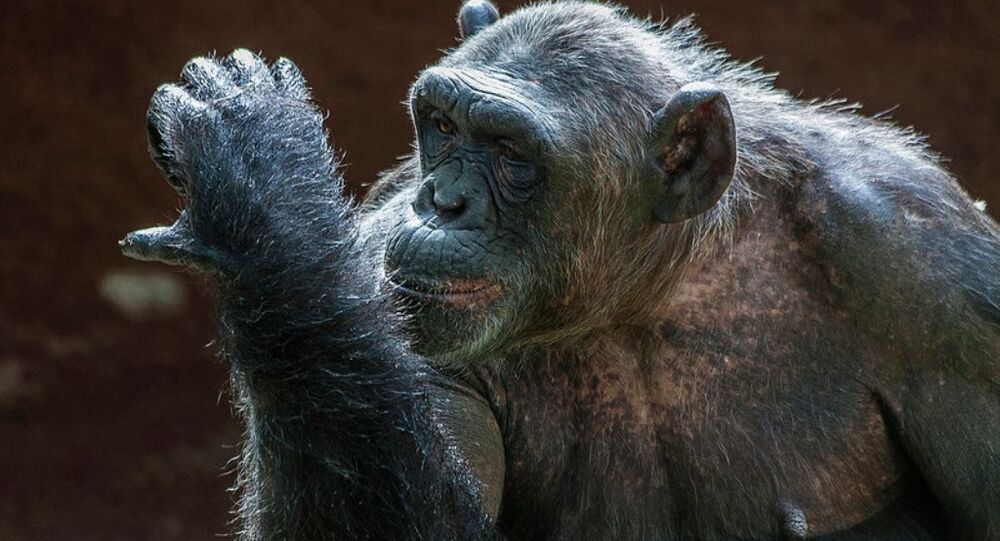 A judge in Argentina has ruled that a chimpanzee at the Mendoza Zoo must be freed, as animals have rights, too.

The judge determined that Cecilia the chimp, who has been locked in a solitary cage for years, has “non-human rights,” and must be freed.

"We're not talking about the civil rights enshrined in the Civil Code, but instead the species' own rights to development, to life in their natural habitat," Judge María Alejandra Mauricio told the Los Andes Journal.

After two other chimps at the zoo, Charlie and Xuxa, died, Cecilia has become lonely, spending all her time cuddling up with a blanket on the floor of the enclosure, the India Times reports.

The zoo previously made headlines for being the home of Arturo, the “world’s saddest polar bear,” who died in July from a "blood circulation imbalance.”

© Flickr / woolennium
The End of Shamu: Animal Rights Activists Hail Huge Victory in SeaWorld Row
The heartbreaking scene lead to the Association of Officials and Lawyers for Animal Rights (AFADA) and the Great Ape Project spending two years fighting for her freedom. The judge’s ruling, that Cecilia is not just a “thing” but a living being with rights, is being widely recognized as historic.

Cecilia will now be sent to a massive sanctuary in Brazil where she will be surrounded by other chimps.

The animal rights community is thrilled with the landmark ruling, and hopes that it will encourage judges across the world to consider the rights of other non-human beings.

"This is a landmark judgment, in which a judge has accepted for the first time in world judicial history a habeas corpus sentencing immediate transfer to our sanctuary in Brazil and with arguments supporting our struggle to consider the rights of apes,” Pedro Terrados Pozas of the Great Ape Project said in a statement.