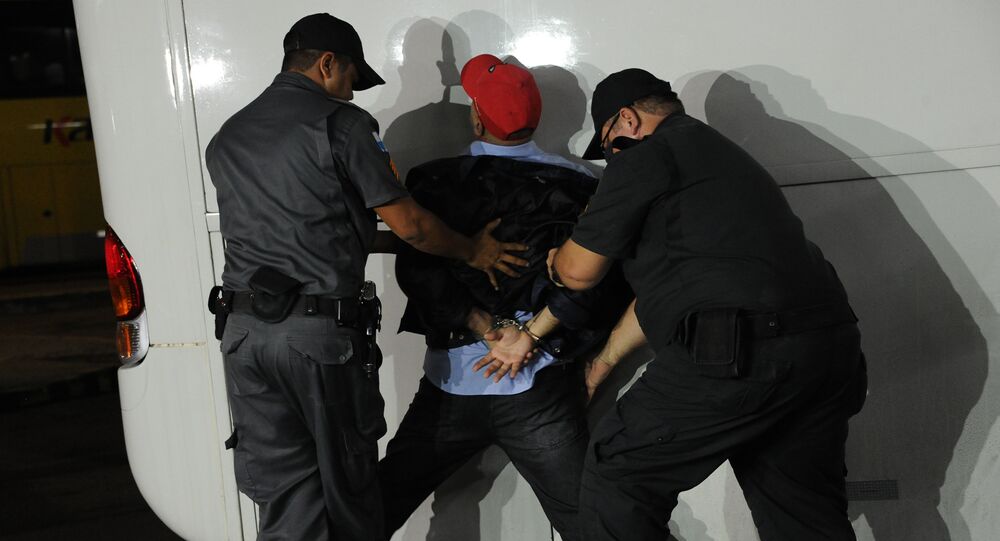 In the walkup to the Rio Olympics some 300 local police officers held a citywide protest over salary backlogs and unbearable conditions at work. In an exclusive interview with Sputnik a representative of the Rio State’s civil police complained about the state of chaos that has gripped the region’s civil and military police.

“Civil police units have no money to buy office supplies, toilet paper, drinking water, many telephone lines have been switched off, the local morgue is running short on scalpels, saws, even spirit and this is why people protest here in Rio,” Cláudio Alves said.

He also complained about constant underpayment and said that the State Workers’ Association (FASP) will be meeting in July 12 to decide whether or not civil police will go on strike ahead of the Games, which kick off on August 5.

“Military police helicopters have no armor. The Civil Police’s Huey helicopter is from the Vietnam War days which the state bought five years go is fully armored, but it too is grounded for lack of fuel, spare parts and maintenance.”

“We are also running low on ammunition. Each police officer is issued 12 rounds a year, so many pay for additional ammo out of their own pocket.

© Flickr / sandeepachetan.com travel photography
Brazil Considering Budget Spending Freeze for Up to 20 Years
This is a very serious situation we have here,” Cláudio Alves warned.

"Welcome to hell!" read a banner, one of many greeting tourists arriving at Rio de Janeiro’s Tom Jobim international airport on Monday.

The banner also warned that whoever comes to the upcoming Rio Olympics will not be safe.

The Brazilian state of Rio is suffering its most serious financial crisis in decades and its acting governor Francisco Dornelles has declared a “state of public calamity” earlier this month.

The federal government has promised 2.9 billion real ($860 million) real in emergency assistance to the state, but only a fraction of this will go to thousands of police officers working extra hours to ensure security during the Games.

Brazil Considering Budget Spending Freeze for Up to 20 Years