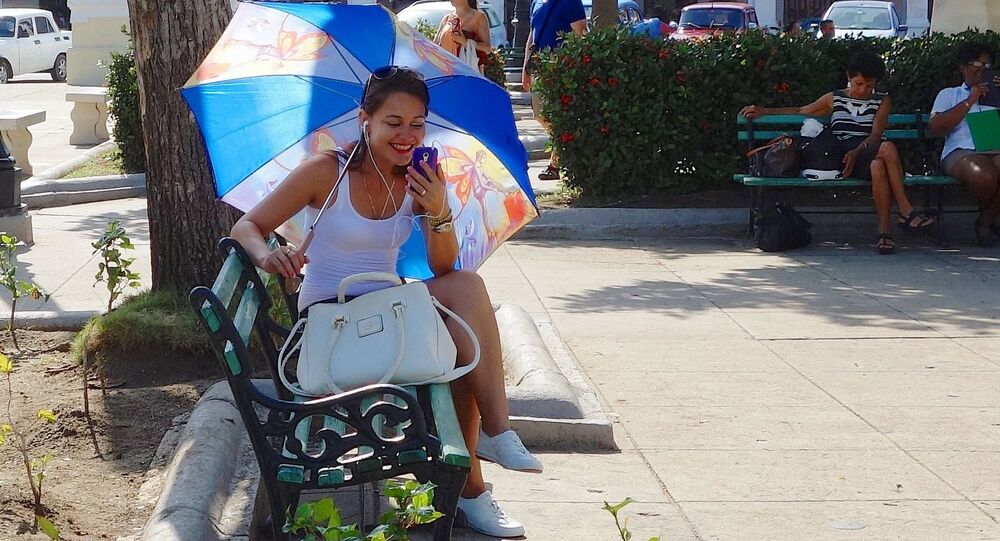 A decade ago this announcement would have seemed like a distant dream - a mobile phone provider in the US allowing its customers to roam in Cuba... It seemed an unlikely story, however since a thawing of relations between the two warring sides started, it appears Cuban doors are finally opening for foreign businesses and technology companies.

"The historic opening of Cuba is a natural opportunity for us to take action, and we are. That's the Un-carrier way!" John Legere, president and CEO of T-Mobile, a German telecom company with subsidiaries abroad, said in an official statement.

The move by the telecoms company is the latest in a number of technology businesses offering their services to Cuba, a country that was once listed on the state sponsored terrorist list and an old enemy of the US, now has endless opportunities from foreign businesses and investors wishing to tap into this new and exciting market.

The mobile phone market in Cuba has typically been dominated by one player, Cubacel, who was the first telecommunications provider in the Latin American country and run by ETECSA, who have historically had 100 percent market share. But with this new T-mobile venture, the monopoly Cubacel have at the moment will no doubt change.

For the Cuban people, who have lived under a 50-year-plus embargo, this is just the start.

For decades they have been crying out for the US to lift the embargo and in December 2014, that became a near reality.

© REUTERS / Alexandre Meneghini
Tourists pass by images of US President Barack Obama and Cuban President Raul Castro in a banner that reads "Welcome to Cuba" at the entrance of a restaurant in downtown Havana, March 17, 2016.

However the road has been long, with President Obama still not able to get an embargo lift through Congress. But progress has been made, with the historic raising of the US flag, that took place in Havana in August 2015, change is coming, even if slowly.

It was in March that President Obama announced the talks taking place between Google and Cuba. In addition, mobile phone company Verizon announced last year they also will be offering data roaming services to customers from the island.

However for T-Mobile CEO, John Legere, this move was a no-brainier and he believes his company can offer superiority over their competitors.

Fantastic news, @JohnLegere, especially for those customers currently in Cuba and doing journalism there.When exactly will it go live?Thx

More than a third (36.6%) of Cuban-born wireless customers are with T-Mobile — more than AT&T and triple the number of Verizon customers. Also customers in Cuban-American hubs like Miami are choosing T-Mobile and MetroPCS nearly twice as often as AT&T or Verizon.

"We have more customers of Cuban descent than any other wireless provider — so connecting them with family and friends in Cuba is a message we heard loud and clear!" Legere said.

None of the US firms has permission to directly sell mobile services to the 11 million people living in Cuba. In fact, fewer than one in four have access to mobile services in general.

US Allows Telecommunication Carriers to Provide Services in Cuba