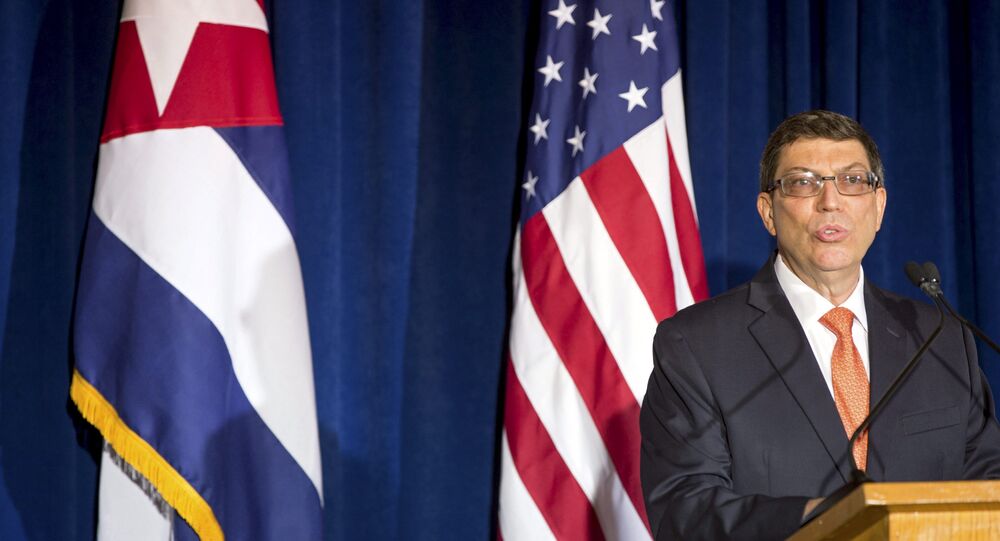 Cuban Foreign Minister: US Should Stop Illegal Immigration of Cubans

Cuban Foreign Minister Bruno Rodriguez said that the US authorities should put an end to dangerous illegal immigration of Cubans.

"I am convinced that the politicization of US migration policy toward Cuba should change, put an end to the dangerous and indiscriminate illegal immigration" Rodriguez was quoted as saying by the Cuban Granma newspaper.

Moreover, there is a need for "an adequate and prompt" solution to the issue of thousands of Cuban migrants heading to the United States and stranded in Costa Rica since mid-November, he noted.

Over 43,000 Cubans arrived in the United States this year, almost double the amount arriving in 2014, according to the US Customs and Border Protection agency.

US, Cuba Holding Migration Talks in Washington on November 30