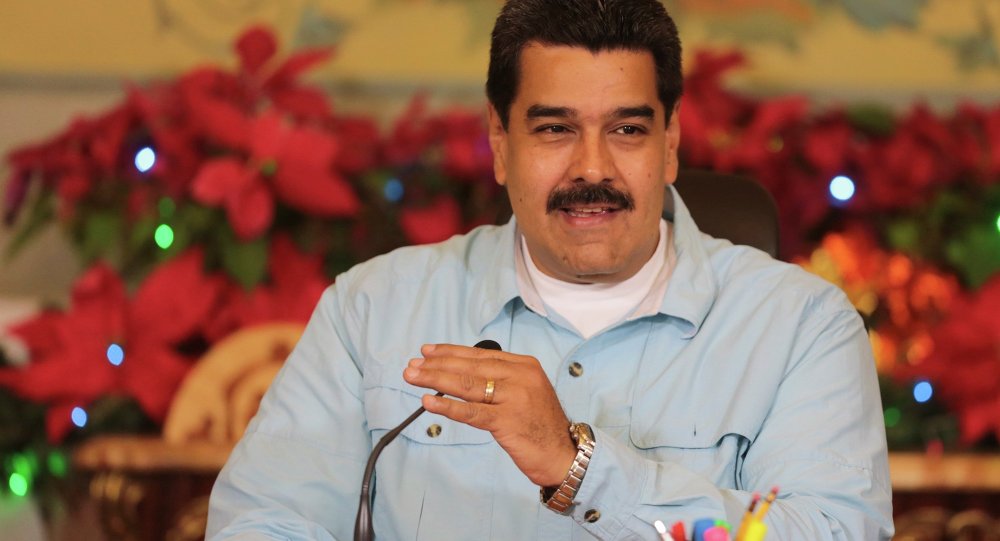 Cuba vows to support Venezuela after the United States decided to impose new sanctions against several individuals in Caracas.

Cuba promised its support to Venezuela after US President Barack Obama imposed new sanctions against several individuals in Caracas.

The measures are aimed at Venezuelan officials who were accused of human rights violations by the United States, including a crackdown on anti-government protests, which led to 43 casualties in 2014.

© REUTERS / Miraflores Palace/Handout via Reuters
Obama's Sanctions Seek to Topple Venezuelan Government - Maduro
"Cuba again reiterates its unconditional support and that of our people for the Bolivarian Revolution, the legitimate government of President Nicolas Maduro, and the heroic brotherly people of Venezuela," an official statement made by Cuban state-run media said.

Cuba’s response to Obama’s “arbitrary and aggressive” sanctions expressed its first public confrontation, since December, when the two countries started to discuss their diplomatic relations restoration.

President Nicolas Maduro described US actions as "the most aggressive, unjust and harmful blow against Venezuela."

© Flickr / John Connell
US Imposes Sanctions on Senior Venezuela Officials - White House
"No one has the right to intervene in the internal affairs of a sovereign state or to declare, without foundation, someone a threat to national security," Cuba claimed.

Fidel Castro, Cuba’s leader, in his turn complimented Nicolas Maduro on his reasonable position against the US, calling it ‘brilliant and brave” in the letter published Tuesday by the Cuban press.

"Your words will go down in history as proof that humanity can and must know the truth," Castro stressed.