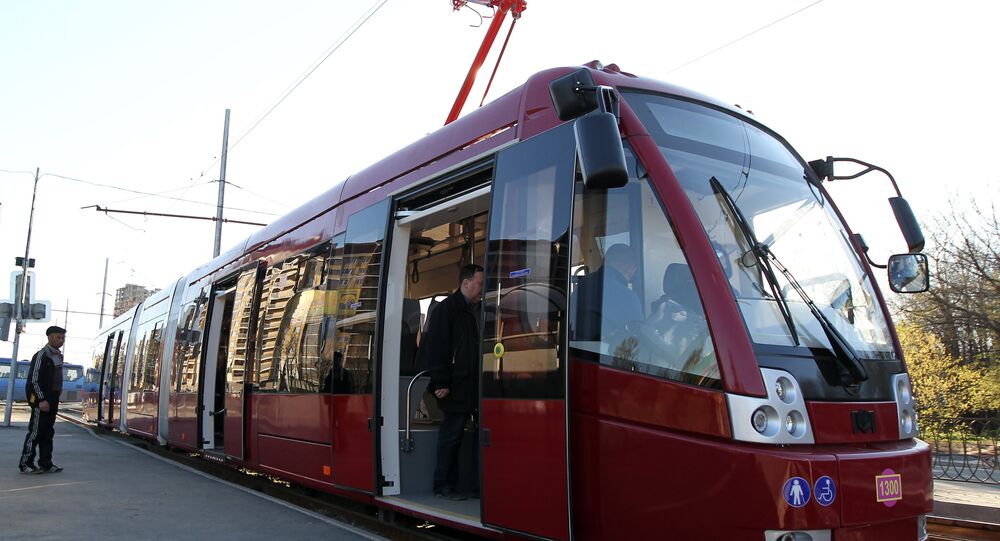 Kazan to Boast a Fleet of Graffiti-Proof Street Cars

Authorities in Kazan are up in arms against vandalism in their effort to enhance the image of having safe and friendly transport infrastructure in their city.

The last of the seven anti-vandal trams arrived in Kazan earlier this week as the capital of Tatarstan prepares to host some of the games of the 2018 World Cup.

The brand-new streetcars were made at the Uraltrasmash plant, which is part of the Uralvagonzavod Corporation.

“A pertinent contract with Kazan was signed last summer. The new trams will start running during the 2018 World Cup games scheduled for this summer,” a Rostec Corporation said in a statement.

The Mosdel 71-407 carriages have been produced since 2010 and are already in operation in Tula, Taganrog, Krasnodar, Nizhny Novgorod, St. Petersburg and Nizhny Tagil.

© REUTERS / Murad Sezer
Turkey’s Plan to Introduce Pink Tram Buses for Women Met With Protests
Each carriage can accommodate 190 passengers, including 27 seating places. The windows and seats are made from vandal-proof materials and the air-conditioned cabin is equipped with video cameras.

The central, low-floor, section was designed with elderly and movement-impaired passengers in mind. The driver’s compartment features an ergonomic seat as well as LCD route-monitoring and passenger information screens.

The four-axis trams are 95-percent made from domestic materials and feature variable-frequency asynchronous electric drives.

The new trams can be used in single- and dual-carriage configurations.