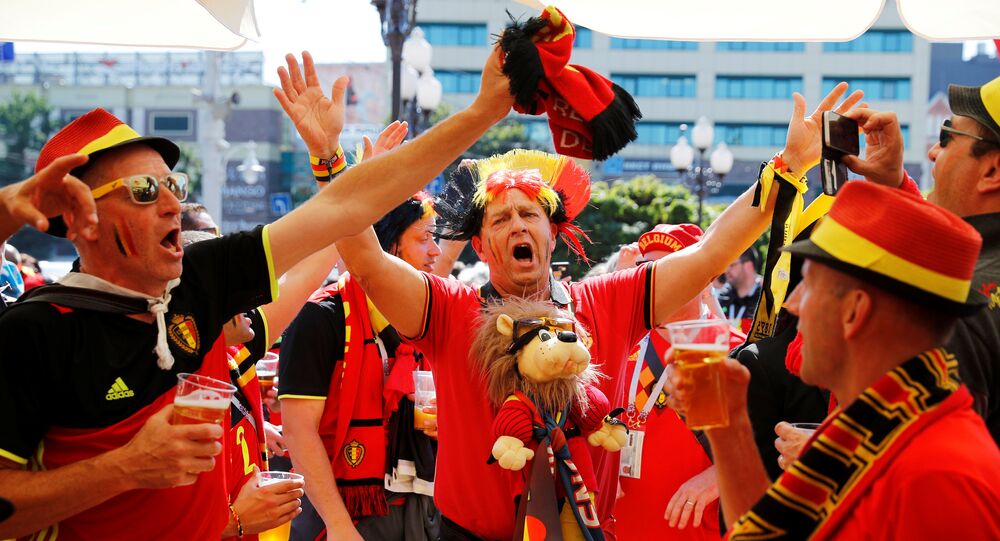 The game between the English and Belgian national teams is unfolded in the Russian city of Kaliningrad. The teams were competing for first place in their group.

Belgium defeated England 1-0 in the final group-stage game for both sides.

The only goal of the game was scored in the 51st minute when Belgium midfielder Adnan Januzaj curled a beautiful shot past England goalkeeper Jordan Pickford.

Belgium will take on Japan and England will play Colombia in the round of 16.

Previously, both teams have crushed their opponents, securing their places in the knockout stage: England beat Tunisia 2-1 and demolished Panama 6-1; Belgium, for its part, beat Tunisia 4-2 and Panama 3-0.

Now both teams are vying for first place in group G.

​The 2018 FIFA World Cup kicked off on June 14 and will continue until July 15, with the matches being played in 11 cities across Russia.

Football Fans Arriving at Stadium in Kaliningrad For England-Belgium Match