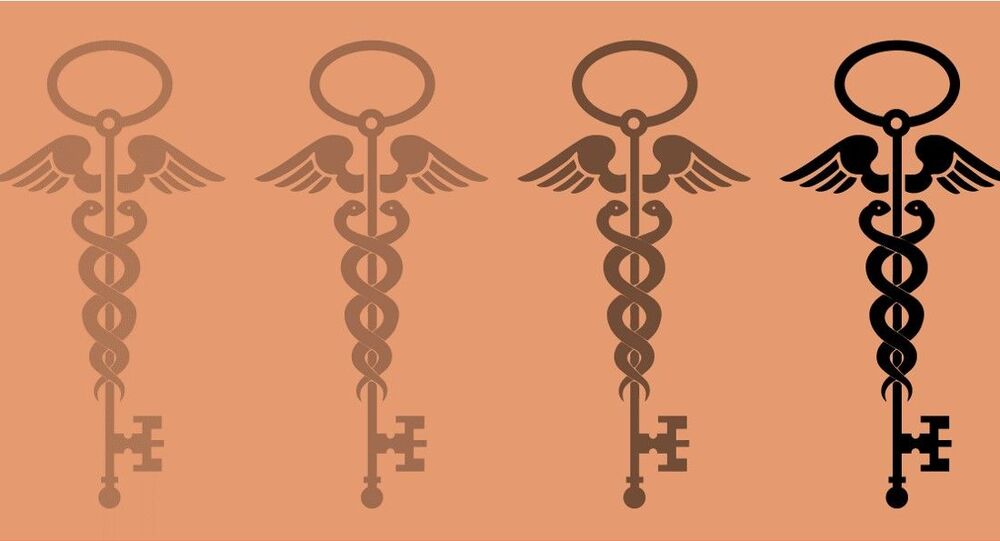 The British government has amended COVID-19-era regulations to permit the police to access a greater level of track and trace information, but without clear limits on how such information can be used, medical privacy expert Phil Booth explained to Sputnik.

Phil Booth is coordinator of medConfidential which campaigns to ensure patient confidentiality and consent is respected in Britain. On 29 January 2021, the UK government amended The Health Protection (Coronavirus, Restrictions) (Self-Isolation) (England) Regulations 2020, as they pertain to the ability of police to access private track and trace medical data of people who should be self-isolating.

Booth explained that whilst the substance of the rules have not fundamentally changed, they have expanded the types of information that the police can obtain, such as age, email and address, and there is no explicit requirement for the information to only be used to ensure compliance with COVID-19 self-isolating rules.

An increase in transparency, clear limits on the use of private information and proper parliamentary scrutiny is needed to "improve public confidence" and thereby help improve safety and encourage better compliance "by reducing fear and suspicion", Booth says.

Sputnik: Can you explain the latest UK regulation permitting the police to access certain track and trace data?

Phil Booth: The latest amendments update Regulations first issued last September, which – as the privacy policy for Test and Trace has said since then – provides for the police to have access to specified information about specified people in specified circumstances:

"If there is evidence to suggest you are not complying with the duty to self-isolate without reasonable justification, your local authority may pass this information on to local police forces to investigate further. This may lead to enforcement action being taken against you, which could include you being fined.

A police force may request information relating to your self-isolation status from the NHS Test and Trace programme directly, where they are investigating a report of someone who may not be complying with the mandatory self-isolation period."

The amendments in January explicitly add the person's date of birth as a piece of information that the police may be passed or request, and clarify that "contact details" may include a person's "postal address, telephone number or email address". They do not appear to prohibit the police from retaining such information, nor explicitly prohibit any other uses to which they may be put – which as medConfidential previously pointed out would be an important safeguard for public trust given that someone's name, date of birth and address would likely enable the police to identify a person on their own databases.

Medical privacy is the bedrock of any public health system, yet this Government is trashing it at a time when it has never been more important.

Blurring the lines between the NHS and police will deter people from getting tests or giving contact tracers accurate information.

​There is an odd new reference to whether an "individual is participating in coronavirus related research", which refers to a sub-clause that does not appear to exist – though it's possible other amendments added this text in the interim. This only highlights the difficulty of tracking the state of the legislation at any point in time if all that is published are regulations amending other regulations, and where the Government doesn't (re)publish the amended regulations in full!

Sputnik: Who will be impacted by this decision?

Sputnik: Will this affect data via the NHS COVID-19 app?

Phil Booth: No. The Regulations still don't affect those who may have received notification via the NHSX COVID-19 smartphone app.

Sputnik: Do you have any concerns regarding this rule change?

Phil Booth: Our concerns remain the same as they were when these regulations were first introduced last September, which we laid out in our letter to the relevant authorities including the Secretary of State.

Also, despite saying it would publish its Memorandum of Understanding on this data sharing with the police, the Department of Health and Social Care still has not done so.

Of course any and all such powers – and amendments to them – should have been properly scrutinised by Parliament. It should not be left to tiny civil society organisations like medConfidential, Big Brother Watch and others to have to provide this scrutiny, and to have to try holding the Government to account. As we pointed out in our letter, without proper oversight and transparency (e.g. published statistics) the public will not even know who or how many have been affected, and who is using (and possibly abusing) these powers.

Yesterday, MPs debated new Regulations that give police access to Test & Trace data... after they came into force.

​Sputnik: Isn't there an argument that these are extreme and emergency times that require more drastic measures, especially given the fact that a certain percentage of the population don't appear to be following the rules and the fact that the UK has such a high death rate that is attributed to COVID-19?

Phil Booth: There is, of course, a need for lawful enforcement powers. The more relevant question is, are they fair and proportionate – and are they being applied properly? Without proper transparency and rigorous oversight, no-one can or will ever know.

Sputnik: If you had the ear of policy makers, what kind of proposals would you suggest which would take into account both your concerns as well as the need to ensure public safety?

Phil Booth: See our letter! The Government must be more transparent, publish proper statistics, and communicate exactly what is being done – and what is not. Without this, the basis for public trust is lost.

It must put in place explicit prohibitions on 'secondary uses' of the data – if these powers are for COVID-19, then make sure that the information passed around is used for those purposes and those purposes alone. Again, this will be critical to public trust.

It should limit – not expand! – the types and amount of data being passed around (e.g. why is someone's date of birth relevant?) and engage proper scrutiny and oversight, from Parliament all the way down to individual forces and officers.

You will note that nothing we suggest diminishes public safety. Indeed, such measures should only improve public confidence that the authorities are following the rules – thereby helping improve safety by reducing fear and suspicion, and encouraging better compliance.