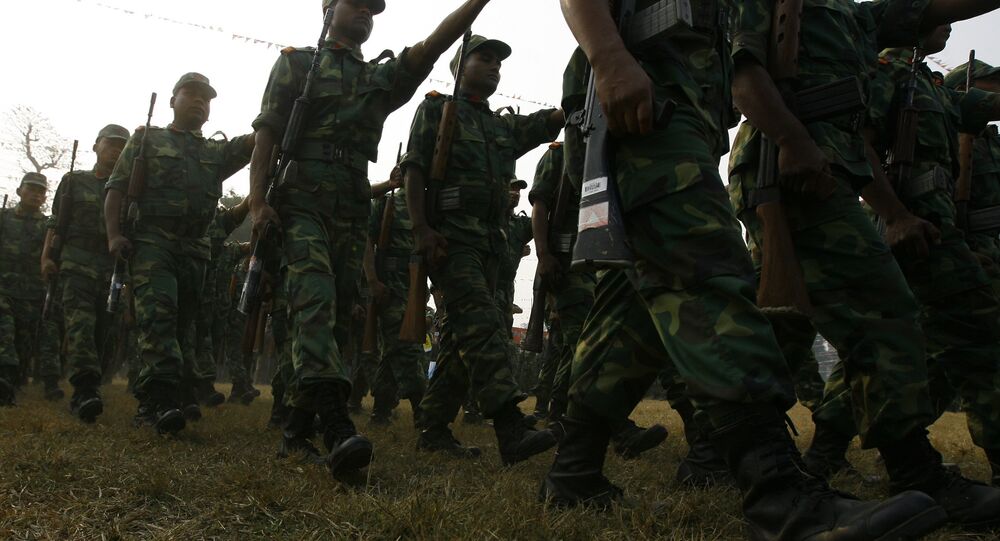 Nepal’s decision to pull out of the joint BIMSTEC military drill in Pune couldn’t have come at a worse time for India with the Nepali Army set to participate in a 12-day-long joint military exercise with China from September 17 in Chengdu.

Nepal has thwarted India's strategy to form a regional alliance excluding China and Pakistan by holding a joint exercise with China snubbing the BIMSTEC joint military drill. It is considered a major diplomatic setback for India.

Sputnik: How do you view China's latest overtures in Nepal?

China has its own imperative to protect its investments and citizens in Nepal, while Nepal wants to take advantage of China to increase its capabilities.

China Opens Seven Ports for Nepal to Bypass India in International Trade
Geeta Kochhar: I think India should not worry too much about these ties, but concentrate more on protecting its own borders from the illegal inflow of Nepalese in Indian territory that pose challenges to the stability of India and rise in human trafficking using India also a transit route.

In fact, we should follow China's model of making stringent checkpoints on the India-Nepal border.

Sputnik: What should be India's strategy to counter China's increasing influence in Nepal?

As a sovereign nation, Nepal may want to engage with China, but India needs to build its own capabilities and think what it wants from Nepal and what can be offered to Nepal in a more holistic manner. A piece-meal strategy is no future of India-Nepal relations.

The views and opinion expressed by Professor Geeta Kochhar in this article are those of the speaker and do not necessarily reflect the position of Sputnik.

Setback for Nepal, Bhutan as India Says It Won't Take Back Demonetized Currency