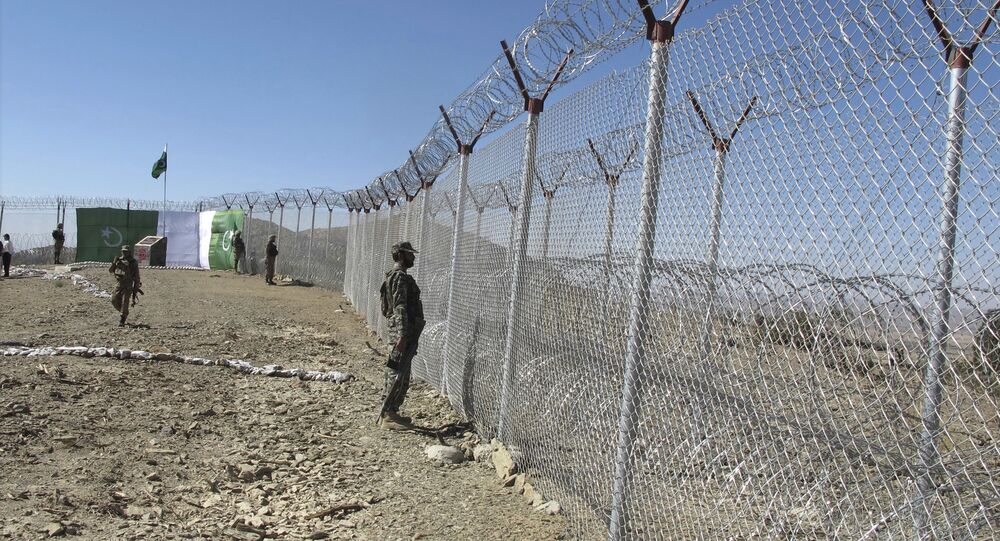 The official spokesperson of Pakistan's Armed Forces, Major General Asif Ghafoor, in a written interview answered the questions of Sputnik's contributor Andrew Korybko about the future of Russian-Pakistani relations and how Pakistani-US relations depend on the situation in Afghanistan.

Sputnik: Does the present regional environment provide an opportunity to Pakistan and Russia to advance their relationship, particularly in the counter-terrorism and conventional military context?

Asif Ghafoor: Russia and Pakistan share common interests of peace and stability in the region and beyond. The evolving threat in Afghanistan with the strengthening of ISIS [Daesh in Arabic] presence necessitates a positive Russian role.

Recently Pakistan and Russia have established contacts wherein both countries have exchanged delegations and conducted joint military exercises. There is a lot of scope to further develop this military-to-military cooperation.

Sputnik: In the absence of any seemingly unexpected backtracking by the Trump administration, what could the short and long term implications of the frayed US-Pakistan military relationship be for the Pentagon's desired goals in Afghanistan?

READ MORE: 'War Costing Them Much More': Pakistan Invites US to Pay for Afghan Border Wall

The Pakistani Army, in line with the government policy, would like to have an enduring trust-based relationship with the US. Pakistan has stated that while keeping its own national interests at premium, we shall positively contribute towards regional peace and stability and not through coercion.

Sputnik: Recent reports allege that Daesh is using its presence in Afghanistan as a springboard for expanding into Pakistan, so how do you assess the veracity of these claims and what steps is the military taking to mitigate this threat?

Asif Ghafoor: The presence of Daesh in Afghanistan is a reality. ISIS [Daesh in Arabic] safe havens in ungoverned Afghan space are well-known to both the US and Afghan authorities. The challenge remains that ISIS signatures are expanding in Afghanistan with the potential to expand outwards.

While there is no organized ISIS presence in Pakistan, its transition to Pakistan through the porous 2611km border remains a threat. For this purpose, Pakistan has started to fence the Pakistani-Afghan border, establishing new foreposts along border (on the average every 1.5 km) and has increased capability & capacity of the Frontier Corps (second line forces) to man the border more effectively. We shall never allow any resurgence inside Pakistan.

Sputnik: Pakistan has countered the US implied threats to isolate it through the strengthening of other regional partnerships, such as the ones that it enjoys with China and Iran, so how can these three countries, and Russia, collectively contribute to crafting a lasting solution to the war in Afghanistan?

Asif Ghafoor: Pakistan's relevance to global politics and economics is an indispensable reality. Hence, it cannot be ignored or isolated. It has over 200 in million population, 65% of which is below 30 years of age, has an abundance of natural resources, strong standing professional military and is a nuclear power. There are economic challenges, but has all positive indicators to sustain and grow. We are a resilient nation and shall turn challenges into opportunities.

Pakistan is a peace-loving country with a phenomenal contribution to peace in the region and beyond. A cooperative engagement between all stakeholders is key to success for which Pakistan is always willing to play its role.

The views and opinions expressed in this article are solely those of Asif Ghafoor and do not necessarily reflect those of Sputnik.