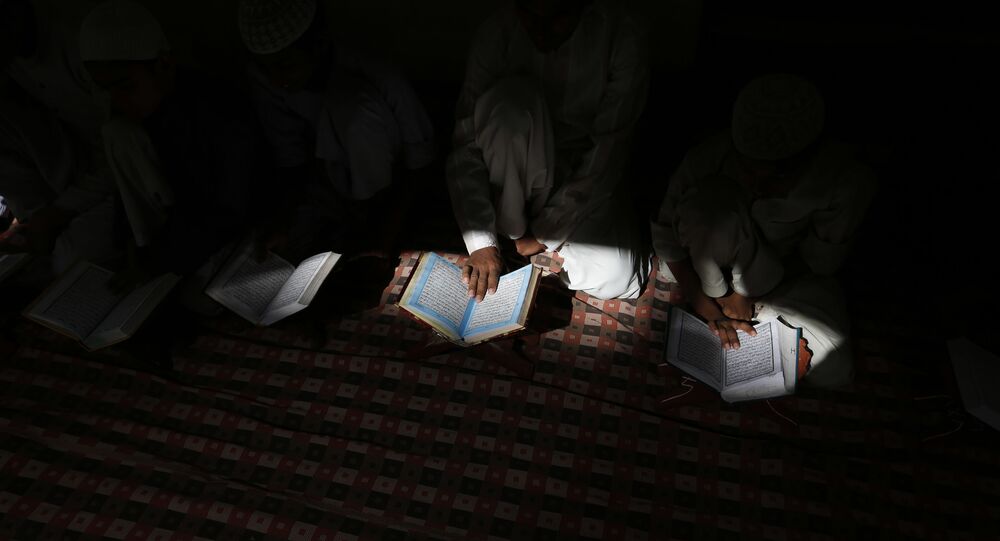 Is India's Ruling BJP Trying to Woo Muslims Through RSS Ahead of Uttar Pradesh State Polls?

According to the 2011 census, there are almost 38 million Muslims in the poll-bound Indian state of Uttar Pradesh, making up approximately 19 percent of the total population. Traditionally, it is believed that not many Muslims vote for the Hindu-inclined BJP in the state.

It appears that the ruling Bharatiya Janata Party (BJP) is trying to shake off its anti-Muslim image in Uttar Pradesh, where legislative elections are just months away. Of late, there have been several incidents where the BJP and its ideological parent Rashtriya Swayamsevak Sangh (RSS) have talked of Hindu-Muslim unity.

On Wednesday, during the launch of a book titled "Citizenship Debate Over NRC and CAA, Assam and Politics of History" in the state of Assam, RSS chief Mohan Bhagwat sought to publicly clarify that the federal government's plans to implement the Citizenship Amendment Act (CAA) and the National Register of Citizens (NRC) will not harm Indian Muslims.

The contentious CAA aims to fast-track citizenship for six minority communities - Hindus, Parsis, Sikhs, Buddhists, Jains, and Christians - who arrived in India on or before 31 December 2014, from Muslim-majority Afghanistan, Bangladesh, and Pakistan.

But the RSS chief on Wednesday underlined that the CAA will provide protection for persecuted minorities in the aformentioned countries. Earlier this month, Bhagwat also said that any Hindu stating that Muslims should not live in India is not a Hindu.

The main opposition party in Uttar Pradesh, Samajwadi Party, views such rhetoric as an attempt to rebuild the BJP's image ahead of the forthcoming polls.

Naved Siddiqui, the national spokesperson of the Samajwadi Party, told Sputnik on Thursday: "Not only Mohan Bhagwat but Prime Minister Narendra Modi has also been reiterating that the CAA will not harm Indian Muslims but their intention is known to everyone".

He alleged the BJP has realised that if they continue to "spread hatred" between Hindus and Muslims, people will not vote for them.

"Everyone knows that the BJP has been contesting elections for years by branding different segments of the population as being 'Hindu voters' or 'Muslim voters' instead of working to develop the state. So, Mohan Bhagwat's statement is an attempt to rebuild the image of the party ahead of polls", he added.

What Does BJP-Linked VHP Think of RSS Chief's Views?

Meanwhile, Vishva Hindu Parishad (VHP), a key Hindu organisation linked to India's ruling BJP and RSS, feels that this is not the first time the RSS has reiterated Hindu-Muslim unity in the country. It said such statements may not have any impact on the upcoming state polls.

Talking to Sputnik, VHP's International President Alok Kumar said: "Such statements won't benefit the BJP in the Uttar Pradesh elections. It is not that the statement by the RSS chief will change the inclination of Muslim voters".

"Bhagwat ji has been speaking on principles and this is not the first time we have talked about Hindu-Muslim unity. We have been talking about it since the 1960s. So, it should not be seen as an image-building exercise rather we have always reiterated it and continue to do so", Kumar added.