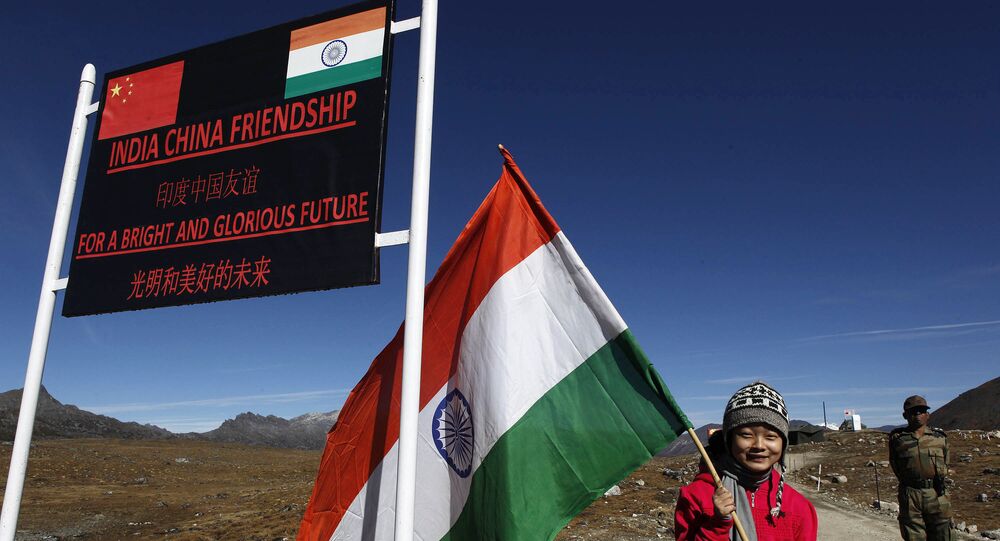 In April last year, border tensions between India and China escalated after the two sides accused each other of violating the Line of Actual Control (LAC) in the union territory of Ladakh. The Indo-Chinese security forces have suspended all hostilities as talks between the two sides progress.

Until March last year, more than $4 billion was invested in Indian tech start-ups by Chinese investors, according to a 2020 Gateway House (Indian Council on Global Relations) report. Recently, however, the situation has drastically changed.

According to the study, Chinese investment for Indian start-ups plunged from 29 percent last year to 3 percent this year so far.

In the aftermath of the border woes, India banned more than 250 Chinese apps from operating in the country and issued limits on how much the Chinese could invest, citing national security concerns.

"Chinese investors have effectively been cut out of India’s tech sector, leaving the field clear for US and European venture capitalists in what is shaping up to be a record year of fundraising for the country’s start-ups." https://t.co/O7NUzI3NCb pic.twitter.com/CJWJIO36Qd

​Even after Indian and Chinese forces reached an agreement on the LAC standoff in February this year, India did not allow Chinese players such as Huawei and ZTE to participate in its ongoing 5G trials in the country.

Chinese Foreign Ministry spokesman, Zhao Lijian, has said in the past that "China is strongly concerned" India is restricting the business of its investors and companies in the country.

Santosh Pai, a renowned legal and financial expert on the India-China corridor, told Sputnik: "It is essential now for India to divide industries into sensitive and non-sensitive categories so that investments from China can continue without being a threat to national security."

Sputnik: How can India maintain economic relations with China while showing caution about national security?

Santosh Pai: I think India should adopt a national security review mechanism like other countries. The best way forward could be to identify sectors which are considered sensitive. India must have a comprehensive mechanism which reviews every deal from different angles including the political and the competitive as well as the security perspective.

This is the only way foreign investors from many nations, including China, will have the confidence to boost investment in India despite uncertain geo-political relations.

For example, China should be permitted to invest in India's manufacturing industries which are not at all sensitive.

Other countries are already accustomed to such mechanisms and a large country like India can definitely have a national security system out in place. That is the best way to maintain a balance between attracting Chinese investments without compromising national security.

Devising and implementing a strategic review system may be tricky and time-consuming, but in the long term it is the best way to manage it

Sputnik: What are the ways India can get money again from China for start-ups after so much has taken place between the Asian neighbours?

Santosh Pai: The current restriction is against equity investment but debt investment is still coming under a scheme called "external commercial borrowings (ECB)" that allows start-ups to get loans from foreign entities, including Chinese, without approval from the Reserve Bank of India.

© REUTERS / Danish Siddiqui
Analysts on Chinese Apps Ban: India to Lose Revenue, Jobs, Major Economic Dent for China
The second way is variable interest equities: this is a concept from China and now Indian start-up founders are getting familiar with it. The method involves getting money from foreign investors under a web of contracts so there is no direct ownership in the subsidiary but the money is given on certain agreed terms and the returns are also agreed according to certain milestones being met.

Essentially the money can come from an entity that has no beneficial ownership from China but that entity will be controlled by Chinese investors through contracts.

Sputnik: If not China, which other nations should India woo for investing in start-ups - the backbone of modern Indian economy?

Santosh Pai: It's very difficult to identify investors based on nationality because most of the investors such as private equity houses and venture capital funds do not really consider nationalism when they invest and they raise funds from backers globally. The US and China are the two biggest venture capital markets in the world.

In future, this might become even more difficult. You might have a fund predominantly fuelled by US investors and there could be some Chinese investors in the same fund.

So because of the trade war that has taken place over the past two years, and the backlash against Chinese investors, India may not see too many funds which retain their Chinese characteristics. Which means that the funds will not introduce themselves by saying "we are a Chinese investment fund" because they know that will not help their business purposes.

So I think in the future, it will be more difficult for governments to assess the nationality of funds. You can have some basic checks on money laundering and so on, but that's it.

China still remains a useful market for Indian start-ups to learn from their experiments and that is also part of the value proposition apart from the money. Indian start-ups will have to find a way to have an osmosis with the Chinese tech and start-up ecosystem even if they fail to raise funds directly from Chinese investors.

Sputnik: Last year, China said India was violating a World Trade Organization (WTO) agreement by banning apps and causing them economic harm. Is withdrawing investments from India not in violation of WTO terms?

Santosh Pai: The reason we keep invoking WTO agreement is because there is a principle under the WTO which is called the national treatment principle, which essentially means that member countries, when they do trade or invest with another member country, will not not discriminate or give most-favoured-status to the nation, and if the foreign company invests in our country, we will treat them on a par with our companies. This is the principle.

Having said that, there is nothing to prevent another country from pulling investment out of the other.

Coming to the banning of apps, that move was taken on national security grounds and, so far, nobody has challenged this in Indian courts.

Under WTO, there is no reason to question national security reasons, which is why India chose national security because, apart from a challenge in domestic courts, there can be no legal recourse and typically countries get a lot of flexibility if they refuse something on the grounds of it being a national security concern.

WTO principles are important in understanding how an ideal world could operate but it's not helpful to force foreign countries to remain invested in another. They can pull out at any time for any reason.

Sputnik: Do you believe the economic relations between India and China stabilise amid geopolitical tensions?

Santosh Pai: I feel there is already a kind of healthy tension. Trade with China has been increasing despite geopolitical tensions. It will continue to happen. I don't see geopolitical challenges being rectified overnight but in terms of economics there has been a big churn - investments declined but trade grew.

There will be a new equilibrium. Wherever India does not want to depend on China, India will have to find alternative sources for import in products.

If India doesn't want to accept Chinese investment in certain sectors, that is fine. India will, however, have to identify which sectors can take capital from our neighbours to create the new equilibrium.