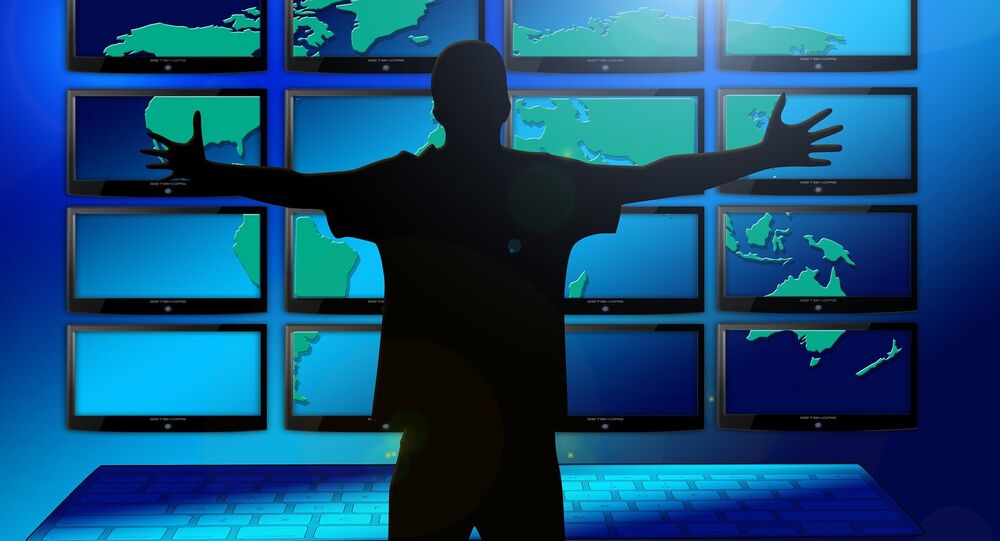 In June, research reports suggested that India saw a 300 percent spike in cyber-attacks from China against the backdrop of ongoing border tensions between the two nuclear-powered neighbours since April. While India has banned 233 Chinese apps, citing national security reasons, India's public figures are reportedly still under China’s snoop-radar.

China’s Shenzen-based data mining firm Zhenhua Data has been selling the minute details of more than 10,000 Indian citizens and organisations, including the country's President Ram Nath Kovind, Prime Minister Narendra Modi, Congress party interim President Sonia Gandhi and their families, among others, as part of its “global database of foreign targets”, The Indian Express reported on Monday, citing an internal investigation.

According to the report, the Chinese company, which bills itself as the “pioneer in using Big Data in Hybrid Warfare” was registered in 2018 with links to the government and military. It has at least 20 processing units across different countries but data is reportedly stored on a Chinese server as part of a massive worldwide collection.

In a bid to monitor “targets”, the company reportedly uses non-military means to obtain and manipulate information, in line with the Chinese government agenda. Under a process it calls “personal information and relationship mining”, Zhenhua collects the  information of high profile people from multiple sources including the web, social media platforms, research papers, mentions, articles, documents and more.

© REUTERS / Amit Dave
China's WTO Threats Won't Work, India Has Valid Defence Concerning National Security: Analysts
As part of its reported “threat intelligence services”, the Shenzen-based tech firm also maintains records of the associations of these targeted individuals with the public as well as with organisations.

Commenting on The Indian Express report, titled “China is Watching”, senior cyber security expert Achen Jhaker told Sputnik that a revelation like this, which puts China under the spotlight for unlawfully sniffing around foreign citizens, is “not at all surprising”.

“It is not at all surprising news that China is keeping tabs on individuals using open intelligence. It has been their old habit to snoop around. These days many tools are available to find out who is doing what on open Internet and create a basic profile of that individual. China is doing the same, they have been profiling VVIP individuals in our country for their benefit for quite some time now,” Jhaker underscored.

The cyber security analyst also claimed that India banning a string of Chinese apps could mark a dent in the country’s “grand snoop plans”, but warned that New Delhi needs to try and be one step ahead of them.

Over the past few months, the tech war between China and the US along with its allies has intensified. Citing national security reasons, several countries including India, the US and the UK have also been taking stringent measures to repel Chinese influence.

The Indian Express’s report on Monday has garnered mixed reactions from the readers. While some have expressed disdain at China’s “shamelessness”, others have questioned Indian authorities about their further line of action against what they views as Beijing's cyber warfare.

Seriously it is Matter of Concern

My request to Indian Think Tank,
Kindly provide foul proof security to scientists in general but to those engaged in critical research without delay.
Defence Security Corps under MOD can have a Wing of Ex Commandos, SSG men and others to be selected trained to meet the purpose pl

​The report comes against the backdrop of unprecedented border tensions between India and China after both sides accused each other of violating the loosely demarcated Line of Actual Control (LAC) in Galwan Valley in Ladakh in April.

A total of 20 Indian soldiers were killed in brutal hand-to-hand combat on the night of 15-16 June, after which the border woes between the nations worsened.

Amid the persisting standoff with China at the Line of Actual Control (LAC), India has witnessed a 300 percent jump in hack attacks allegedly carried out by China-backed hackers, Cyfirma, a Singapore-based cyber research firm, claimed in its latest report.