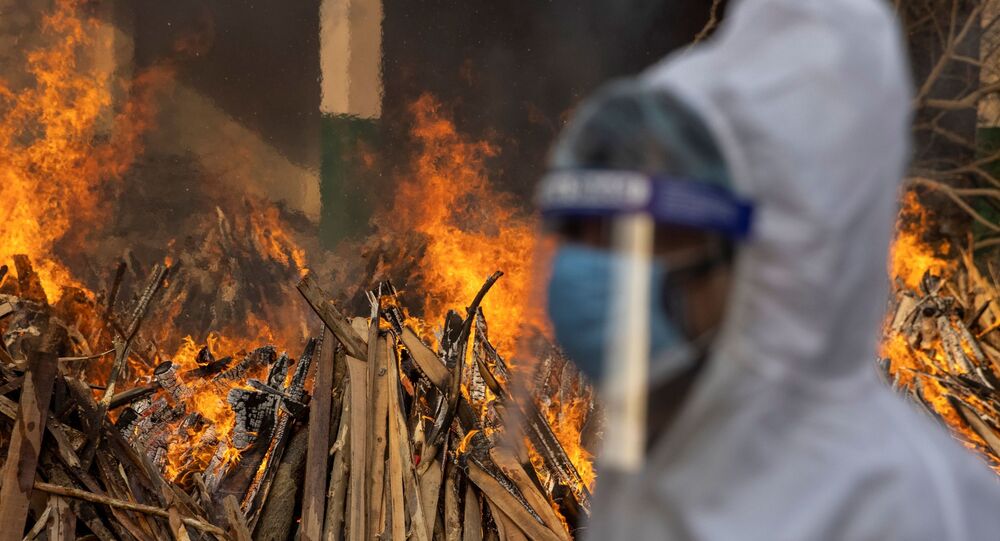 The report comes at a time when India's federal government has been heaping praise on COVID-19 crisis management efforts even though the country's healthcare system collapsed during the second wave. The federal health ministry claims that India was successful in handling the situation, citing a low mortality rate.

India's excess death toll during the COVID-19 pandemic could be 10 times the official number, a new study has suggested.

A report co-published by India's former chief economic adviser Arvind Subramanian suggests that the gap between the official number and the actual toll could be between 3 million and 4.7 million during January 2020 and June 2021.

India's official death toll due to coronavirus disease stands at 414,482. The country was ravaged by the virus during the second wave of the pandemic this year. Patients were seen scrambling for oxygen and hospital beds, while the crematoriums were overflowing with dead bodies.

"Official data on mortality are not collected and reported in a timely manner that would allow excess mortality to be estimated. India’s official Covid death count as of end-June 2021 is 400,000. The reality is, of course, catastrophically worse. What is tragically clear is that too many people, in the millions rather than hundreds of thousands, may have died," the report stated.

The report was produced based on three calculation methods. First, data was collected from the civil registration system in seven states that records births and deaths. Then seroprevalence data available in India to show the prevalence of the virus was used. And lastly, data from an economic survey of 900,000 people conducted three times per year was utilised.

However, the researchers cautioned that the virus prevalence and deaths in the seven states they studied may not translate to all of India.

© REUTERS / DANISH SIDDIQUI
A man wearing a protective suit touches the body of his relative, who died from the coronavirus disease (COVID-19), before his cremation on the banks of the river Ganges at Garhmukteshwar in the northern state of Uttar Pradesh, India, May 6, 2021.

The report argues that contrary to popular belief, the first wave of COVID-19 was more lethal, with about 2 million deaths. The federal and state governments have been accused of hiding the actual fatality rate in order to paint a rosy picture of their crisis management.

The Uttar Pradesh government was left red-faced after heavy rains revealed hundreds of floating corpses in the river Ganges and buried dead bodies along the river bank.

"The number for Uttar Pradesh in the second wave does not appear to pass the smell test," the report stated.