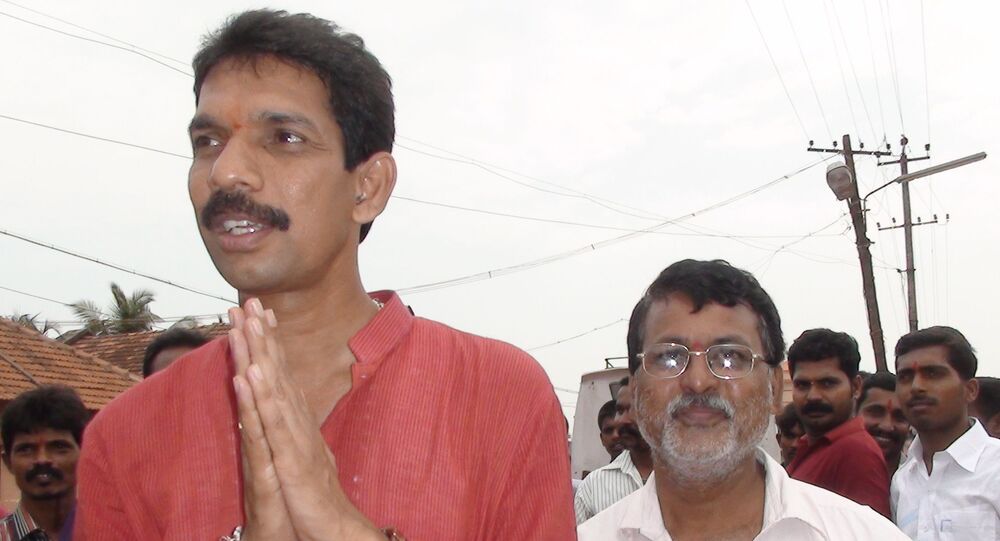 The Indian state of Karnataka is the only southern state ruled by the Bharatiya Janata Party (BJP). Bookanakere Siddalingappa Yediyurappa, 78, is state chief.

An audiotape purportedly featuring the head of the Bharatiya Janata Party's (BJP) Karnataka branch – Nalin Kumar Kateel – speaking of ousting state chief Yediyurappa went viral on social media on Sunday. On Monday, Kateel slammed the audiotape as fake and denied any association with it.

"Don't tell anyone. The whole team of Eshwarappa and Jagdish Shettar will be removed too. A new team will come in place. There are three names, and it's in my hands," a voice in the leaked 47-second audio clip says.

Kateel has requested an investigation into the leak.

Sharanappa Eshwarappa and Jagadish Shivappa Shettar are both ministers in the state cabinet and senior BJP leaders.

After a series of meetings with the central leadership of the party in Delhi, Yediyurappa indicated a willingness to step down if BJP chief asks for it. However, he said this was unlikely.

"So far, no one has asked me to resign. If there is any news, there is no value to it," the Karnataka chief minister said after meeting with Narendra Modi in Delhi.

The BJP generally prefers to retire its leaders from active political careers when they reach 75 years of age. Yediyurappa is 78.

Several media reports also suggested that he's facing a revolt in his state because a group of BJP lawmakers is seeking his removal because they are unhappy with his governing style.

'Not At All': Karnataka State Chief B. S. Yediyurappa Reacts to News of His Resignation