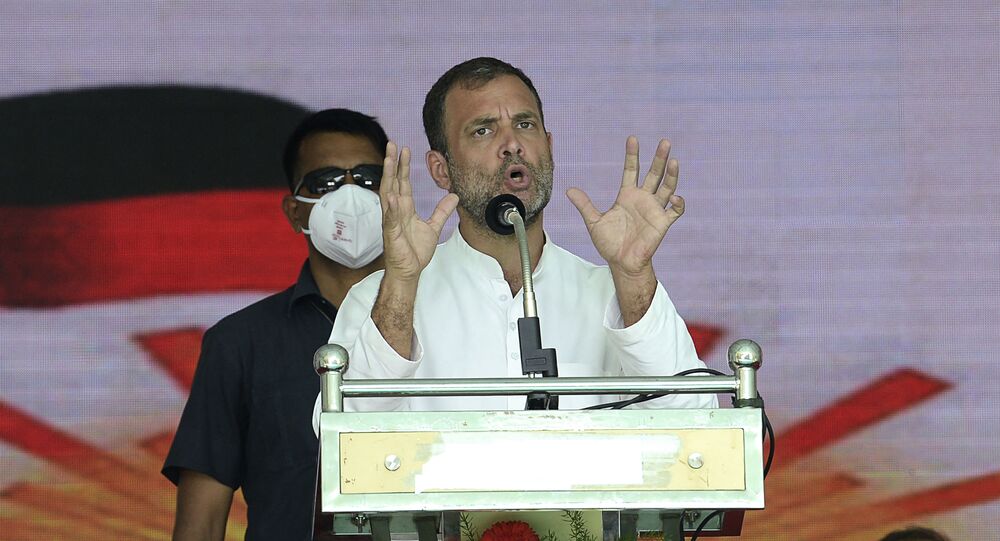 While battling with the COVID crisis, India is also fighting hard to control inflation. The country's apex bank, the Reserve Bank of India (RBI), has been mandated by the government to keep consumer inflation at four percent, with a margin of two percent on either side. But it has been above six percent for the second consecutive month.

Congress parliamentarian and former party chief Rahul Gandhi on Tuesday took a jibe at the Prime Minister Narendra Modi-led federal government for the inflation in the country.

He took to Twitter to slam the Modi government after the National Statistical Office (NSO) released data on the June Consumer Price Index (CPI) on Monday.

Mocking Narendra Modi over his famous claim "Na Khaunga, Na Khane Doonga" ("I will neither indulge in corruption nor allow anyone else to do it"), Rahul Gandhi tweeted in Hindi: “Khaya bhi, ‘Mitron’ ko khilaya bhi – bas janata ko khane nahi de rahe", meaning "Modi has not just benefitted himself but favoured his friends as well. However, he didn't let the general public benefit".

​Earlier on Monday, senior Congress leader Mallikarjun Kharge also said that the issue of inflation and the rise in fuel prices will be taken up during a parliament session that is slated to begin on 19 July.

Kharge also accused the Modi government of collecting $335 billion through fuel tax but neither using the funds for public welfare nor giving it to state governments.

As per data released by the NSO, retail inflation slipped a tad to 6.26 percent in June as compared to 6.3 percent in May 2021.

India's Wholesale Inflation Up for Third Month in a Row, Gov't Data Reveals