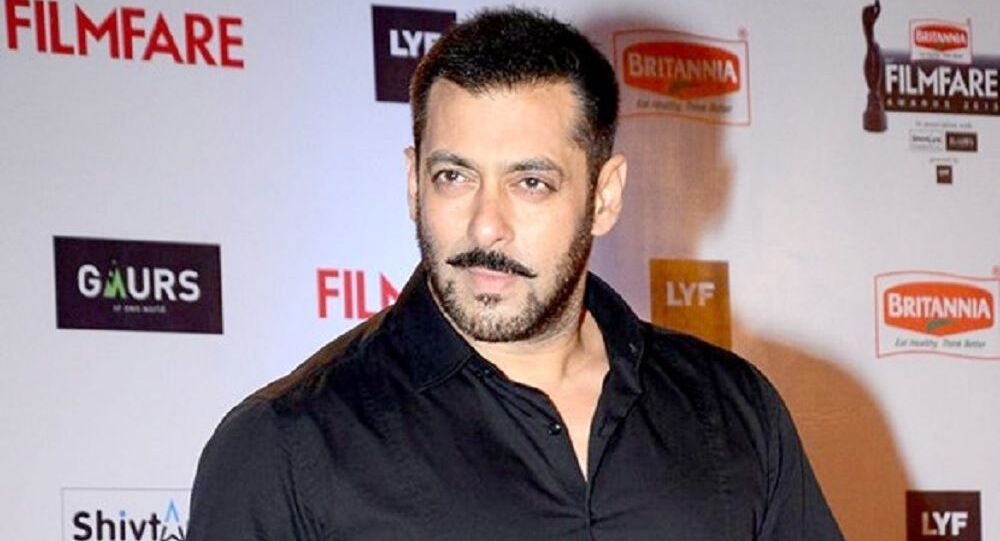 Salman Khan is the 55-year-old Bollywood superstar who, when not acting, has achieved a certain degree of notoriety for ending up on the wrong side of the law. In 1998, the actor was reprimanded for hunting a black buck and in 2002, his car drove over five street-dwellers in Mumbai, killing one of them.

Bollywood superstar Salman Khan, his sister Alvira and six of his business associates have been named in an alleged breach of contract complaint filed in India's Chandigarh city on Friday.

Businessman Arun Gupta opened a branch of Khan's clothing and accessory label Being Human in the Manimajra region of Chandigarh in November 2018, shelling out INR20 million (approximately $270,000) in the venture and is now accusing Khan of not honouring his end of the deal.

Achal Gupta, Arun Gupta's 28-year-old son, revealed while speaking to Sputnik, the son of the complainant, that for the past year and a half, the head office of Salman's Being Human merchandise chain has claiming that business is on hold for the time being.

"Salman has not done anything for us. We invested in the store looking forward to profitable returns. But we are suffering the double whammy of a bottleneck in the supply chain and the fact that Salman is refusing to promote our store selling his merchandise on his social media platforms. We understand that the long lockdown last year hit retailers badly in general, but business started to revive in September 2020. Why is business still on hold at Salman's Being Human offices? We are being made fools of," Achal said.

Khan was supposed to visit Chandigarh in 2018 for the store's launch but instead sent his brother-in-law Aayush Sharma for the opening.

Crippled by the lockdowns and a shortage of stock, the Gupta family reckons they have been haemorrhaging up to INR500,000 (approximately $6,500) a month for the past six months and they are blaming the losses on the actor's irresponsibility and recklessness.

Chandigarh Police have asked Salman, his sister and Style Quotient Private Limited - the business which holds the official licence to make Being Human jewellery - to appear before the police on 14 July.

The actor has been in and out of courts and jail quite a few times recently, as investigations proceed into his involvement in an alleged drink-driving case in 2002 and the black buck shooting case of 1998.