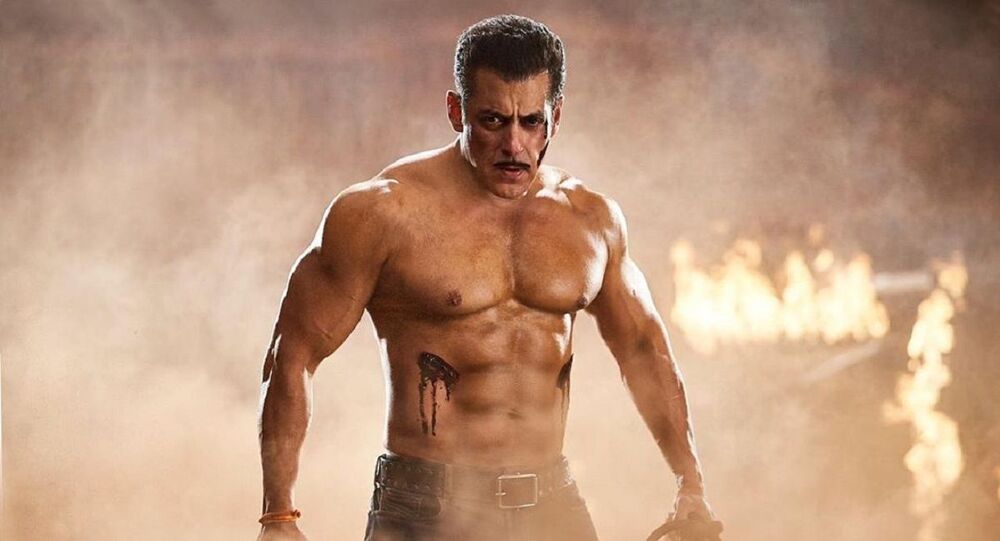 Actor-turned-self-proclaimed movie critic Kamaal Khan has panned the recently released flick "Radhe: Your Most Wanted Bhai" starring superstar Salman Khan and actress Disha Patani. He said in his review that "corona damages lungs, this film damages brain[s]. To watch this film in corona times is as risky as going to crowded place without masks".

Bollywood superstar Salman Khan has filed a defamation suit against actor-turned-movie critic Kamaal Rashid Khan for his review of "Radhe: Your Most Wanted Bhai".

Kamaal, in his movie review, takes a dig at Salman Khan by referring to him as "Daadu" (grandfather) and the lead actress Disha Patani, who plays his love interest in the movie, as his granddaughter.

As per the notice, Salman Khan's legal team will be mentioning the matter for an urgent hearing on Thursday before an additional sessions judge of the city civil court in Mumbai.

Reacting to the defamation notice while addressing Salman Khan, Kamaal said he is only doing his job and that he (Salman) should make better films instead of stopping him from reviewing them.

Dear #Salmankhan Ye defamation case Aapki Hataasha Aur Niraasha Ka Saboot Hai. I am giving review for my followers and doing my job. You should make better films instead of stopping me from reviewing your films. Main Sacchi Ke Liye Ladta Rahunga! Thank you for the case. 🙏🌹 pic.twitter.com/iwYis64rLd

Kamaal tagged Salman's father Salim Khan and clarified that he is not here to destroy Salman Khan's films or his career or anyone for that matter.

Therefore there is no need to file a case to stop me from reviewing his film. Salim Sir, I am not here to hurt anyone. So I won’t review his film in the future. Pls ask him to not proceed the case. I will delete my review videos also, if you want. Thank you Salim Sahab! 🙏

​Taking into consideration Salman's disappointment of his reviews, Kamaal decided to delete the review video and shared his decision to never critique his movies anymore.

I said so many times that I never review film of any producer, actor if he asks me to not review. Salman khan filed defamation case on me for review of #Radhe means he is getting too much affected by my review. Hence I won’t review his films anymore. My last video releasing today

​This is not the first time that Kamaal has landed in hot water for trashing a movie by giving derogatory reviews.

In April 2021, Kamaal was slapped with a defamation suit by actor-producer Vashu Bhagnani for trashing his movie "Coolie No 1" starring Varun Dhawan and Sara Ali Khan.

Kamaal had accused Vashu of buying out critics who rated "Coolie No 1" a blockbuster hit.

Vashu in his lawsuit accused Kamaal of making "slanderous" and "distasteful" statements and "patently false allegations" on social media.

The Bombay High Court restrained Kamaal from sending "defamatory" tweets against producer Vashu Bhagnani and his family members pending a verdict in the defamation suit.