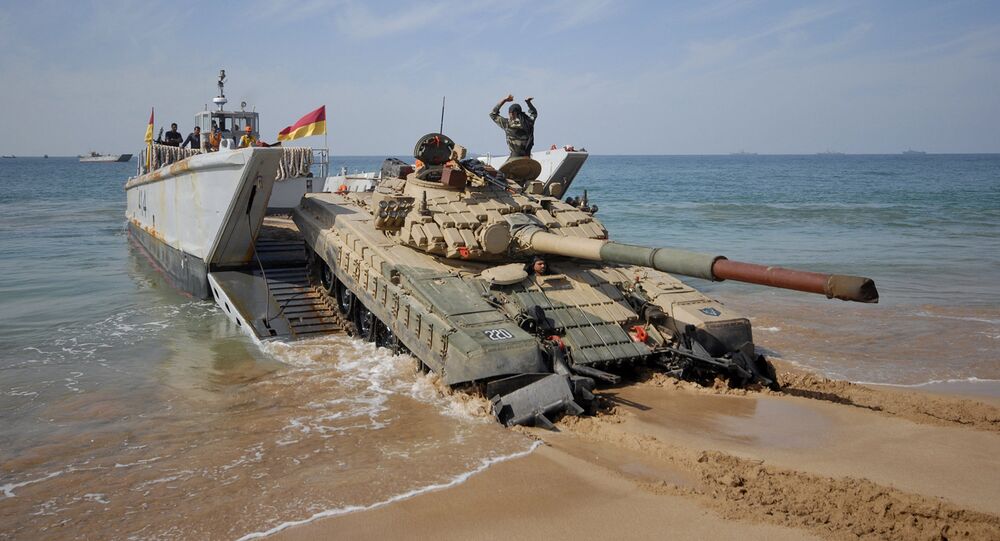 The war of words between India and China has started once again after New Delhi and Beijing accused each other of inciting border tensions in the eastern Ladakh region. Indian Foreign Minister S. Jaishankar said that close deployments in Ladakh continue due to a military build-up instigated by China, a claim countered by China's foreign ministry.

Amid the stand-off with China in eastern Ladakh, the Indian Navy had re-positioned a range of naval assets in the Indian Ocean region to send a clear message to China, revealed Indian Defence Minister Rajnath Singh on Friday.

"Navy's proactive forward deployment during the Galwan standoff signalled our intent that we seek peace but are ready for any eventuality," Rajnath Singh said after visiting the Indigenous Aircraft Carrier (IAC) at Ernakulam wharf of the Cochin port.

The defence minister has not provided further details, but sources in New Delhi said that the deployment was performed in an attempt to counter a "possible collusive threat" from China and Pakistan.

Singh, while reviewing the progress of the country's first aircraft carrier project, said that the Commissioning of the IAC next year will be a befitting tribute to 75 years of India's independence.

"The combat capability, reach and versatility of the aircraft carrier will add formidable capabilities in the defence of our country and help secure India's interests in the maritime domain," Singh underlined.

After achieving the first phase of disengagement in February this year, the process of the withdrawal of troops from forward areas has been stalled since April this year as the two nuclear powers continue to accuse each other of encroachments in eastern Ladakh.

The Indian foreign ministry on Thursday blamed China’s actions "amassing troops in border areas" and attempting to change the status quo on the Line of Actual Control (LAC) for the ongoing military standoff.

“The military deployment by China in the western sector along the border is a normal defensive arrangement. It is meant to prevent the encroachment or threat against China’s territory by the relevant country,” Chinese foreign ministry spokesperson Zhao Lijian said on Wednesday.

More than a year after the deadly clash in the Galwan Valley, in which 20 Indian soldiers were killed, the agreement to de-escalate the tensions remains incomplete despite New Delhi and Beijing holding 11 rounds of military talks and seven rounds of diplomatic engagements.