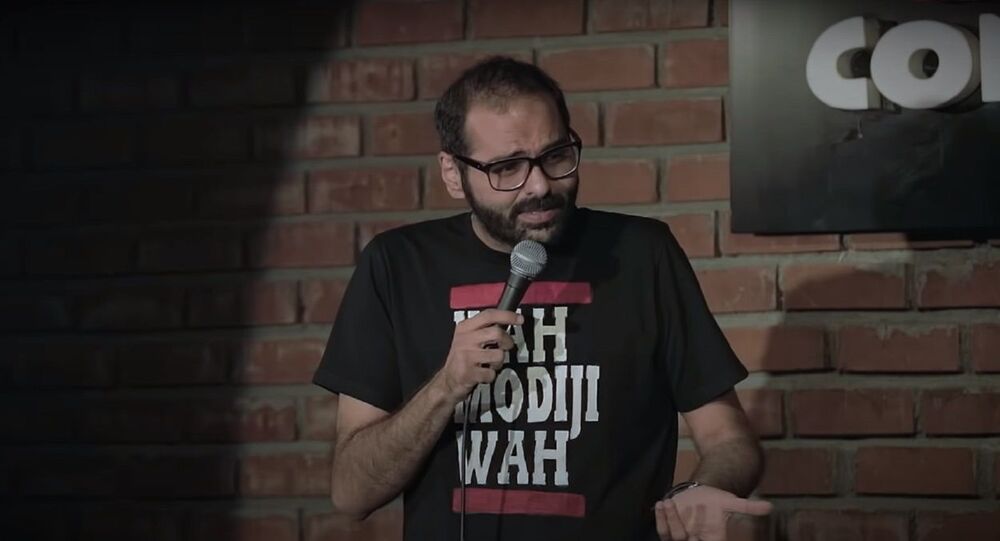 Indian stand-up comedian Kunal Kamra has been in the news lately for a criminal contempt case against him. He allegedly critised the supreme court with a series of tweets for fast-tracking the hearing and granting bail to the Republic TV editor-in-chief Arnab Goswami in a 2018 "abetting suicide" case.

Stand-up comedian Kunal Kamra's new video for The New York Times has sparked a new controversy. He has laid in to Prime Minister Narendra Modi and his Bharatiya Janata Party (BJP) government for not being able to manage the crisis that led to what he describes as "a state-orchestrated COVID-19 massacre".

The video begins with Kamra's sarcastic assessment of the Modi government as he asks viewers: "Did you know India was the first country in the world to beat the coronavirus in January 2021?" This is followed by a video clip of Modi's speech, where the Prime Minister claims: "This country, by effectively controlling the coronavirus, has saved the world and mankind from tragedy."

Kamra accuses Modi of “blatantly lying" and states that during the second wave of the COVID-19 pandemic in May 2021, India witnessed more than 400,000 cases per day as well as 4,000 daily deaths - a figure which experts describe as a gross underestimation.

“My people are needlessly dying. Our government has blood on its hands. No world leader can compete with Modi. He runs India on a cocktail of bizarre lies and high-octane hypocrisy. And boy, can he act,” Kamra says, referring to a recent speech where Prime Minister Modi got emotional while lamenting the deaths caused by COVID-19.

From criticising the government for permitting Kumbh Mela (a Hindu festival which involves mass pilgrimages to four riverbanks) to go ahead and holding election rallies ahead of the West Bengal state elections, to taking a swipe at the shortcomings of the vaccinations and Modi’s claim that India is the “pharmacy of the world”, Kamra blames the government for nothing less than a state-orchestrated COVID-19 massacre.

“We produced more than 60 million doses for other countries, but we didn’t make enough vaccines for ourselves. So, what’s our government doing about this tragedy?”

Resonating with Kamra's thoughts, many netizens are lauding him for calling out Modi and criticising him for allegedly "lying".

Kamra is also facing a backlash from several netizens who suspect that he downplayed Modi to get into the "limelight" and is being "paid" by the anti-Modi group.