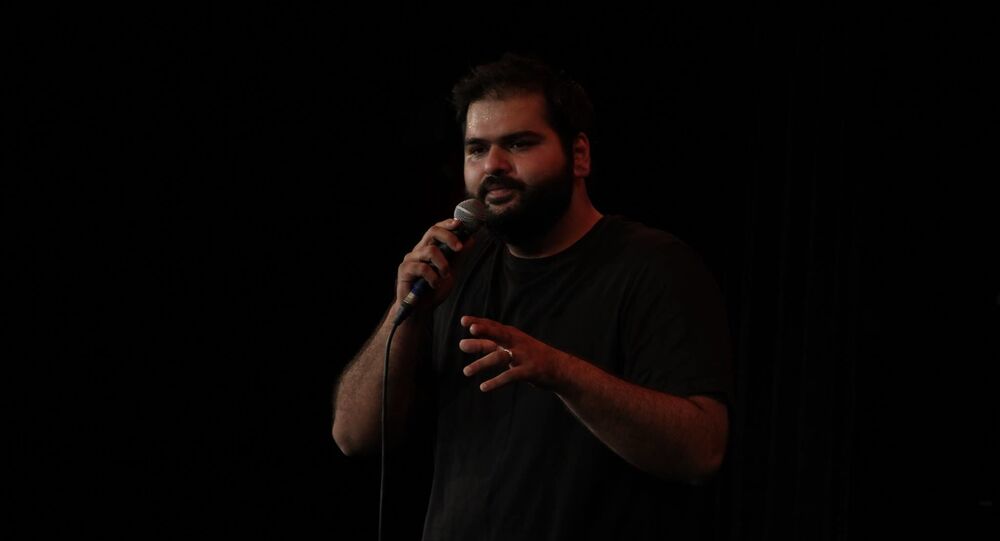 New Delhi (Sputnik): In January 2020, stand-up comedian Kunal Kamra posted a 1:51-minute video of himself on Twitter probing popular TV journalist Arnab Goswami during a flight from Mumbai to Lucknow. Soon after the video went viral on social media and many Indian airlines imposed a ban on Kamra’s for “heckling” a fellow traveller.

Comedian Kunal Kamra, who is on the no-fly lists of IndiGo, GoAir, SpiceJet, and Air India, had legally challenged the imposed ban, however on Friday, the Delhi High Court rejected the comedian’s plea saying “his behaviour of heckling in-flight cannot be allowed", the media reported.

Delhi High Court refuses to entertain stand-up comedian Kunal Kamra's petition challenging the flying ban imposed on him by IndiGo, Vistara and other airlines observing that "his behaviour of heckling in-flight cannot be allowed." pic.twitter.com/NRnKfbaPBW

​Sputnik reached out to Kamra via email and got a response from his manager Garv Malik who said they would be issuing a public statement shortly and refrained from giving an individual statement.

"We are putting out our statements on our social media handles directly, instead of giving out individual interviews to all publications", said Malik.

In a video Kamra shared on Twitter on 28 January, he can be heard confronting the editor-in-chief of Republic TV and calling him “mentally unstable”. Further Kamra also goes on to ask Goswami if he were more of a nationalist journalist or more of a coward – in context of Goswami’s alleged inclination towards Prime Minister Narendra Modi’s ruling Bharatiya Janata Party (BJP).

As part of the caption to his clip Kamra mentioned he did this “for his hero” and mentioned the name “Rohit” referring to a 26-year old student – Rohith Vemula – from the University of Hyderabad who committed suicide in 2016 in his hostel after getting bullied on the grounds of casteism.

The stand-up comedian sarcastically commented on Goswami for discussing Vemula’s caste in a news segment that aired on national television.

I did this for my hero...
I did it for Rohit pic.twitter.com/aMSdiTanHo

​At the time, Indian Aviation Minister Hardeep Singh Puri criticised Kamra’s behaviour and advised airlines to ban the comedian from using their services.

We are left with no option but to advise other airlines to impose similar restrictions on the person concerned. https://t.co/UHKKZfdTVS

​Kamra, who has one million followers on Twitter is yet to make a public comment on the Delhi High Court’s decision.

The comedian still posts synthesised funny videos featuring Goswami and himself to entertain his followers.